Outside the Olympic Winter Games, the annual luge World Championships is the most significant event on the sport’s calendar. 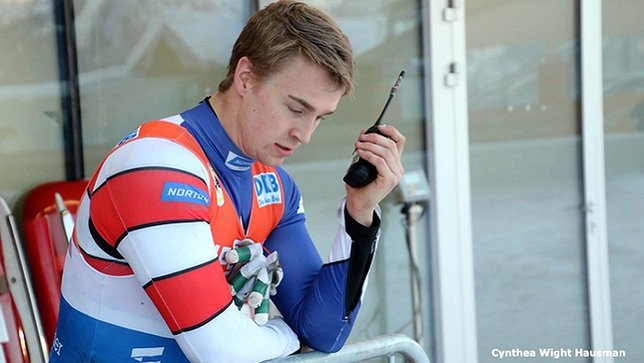 Igls, Austria - January 24, 2017 - Outside the Olympic Winter Games, the annual luge World Championships is the most significant event on the sport’s calendar. The International Luge Federation (FIL) has now reached that point in the season, as the world meet will take place Friday through Sunday in Igls, Austria.

The hamlet outside Innsbruck served as host of luge and bobsled events for the 1964 and 1976 Winter Games, with a rebuild of the track taking place in advance of the latter Games.

Upgrades and renovations have continued more recently, and the venue, at the foot of Patscherkofel Mountain, is in good stead as it welcomes 27 nations this week, including USA Luge.

Parties, live music, celebrity luge races and a gala Opening Ceremony Thursday at 12:30 PM EST in Innsbruck have been scheduled to make the World Championship races also an event.

When the competitions get underway, they will take place on one of the sport’s shortest tracks. The uninitiated might view this as easy sledding, but in reality, it’s anything but. The best results will come from athletes with a quick start, a fast sled, and no mistakes as there is not enough track to overcome errors and regain speed.

It gets underway Friday morning with sprint qualification. The top 15 sleds in each discipline will advance to the sprint medal races at 7:30 AM EST Friday.

Saturday’s schedule finds women’s singles followed by doubles, getting underway at 4 AM EST. Men’s singles and the team relay take place on Sunday, starting at 5 AM EST.

Using the current World Cup campaign as a barometer, both singles races appear to be anything but predictable. The two-time and defending Olympic gold medalist and five-time World Champion, Felix Loch of Germany, has a sprint victory to his credit this season.

Sochi Olympian Tucker West, of Ridgefield, Conn., has a pair of victories to put himself in the podium discussion at Igls as he sits in fifth place in the World Cup. Should he reach the top rung, West, also the defending U23 World Champion, would join Suckow (Calgary, 1993), currently the only men’s World Champion in team history.

Teammate Chris Mazdzer, of Saranac Lake, N.Y., a two-time Olympian, will try to purge the memory of fourth place finishes a year ago in the World Championship singles and sprint races.

Russians Semen Pavlichenko, a World Champion two years ago, and teammate Roman Repilov, are now the best 1-2 punch on the World Cup tour, with three victories between them as they lead the standings with Repilov currently enjoying the view from the top. They have accomplished this by racing with a mix of fearlessness and fun.

Italy’s Dominick Fischnaller has a win to his credit this season to warrant attention, but the racer who will experience the greatest amount of scrutiny will be Wolfgang Kindl on his home track.

The diminutive athlete started medaling three years ago and hasn’t stopped. In nine starts this year, Kindl, who resides near Igls, has achieved six World Cup medals. If he were to win on Sunday, it would be Austria’s first men’s World Championship in 30 years.

Three Americans, three Germans, two Canadians, a Russian. That’s nine contenders for three women’s medals. And we have yet to mention the Swiss, Martina Kocher, who rendered the luge world apoplectic last year when she scored World Championship gold and silver medals. They are the only medals in Kocher’s career to date.

Germany’s Natalie Geisenberger leads all comers with three wins this year, followed by Hamlin with two. The 2014 Sochi bronze medalist, from Remsen, N.Y., is the only women’s World Champion in team history.

Hamlin is third on the World Cup season, followed by teammate Emily Sweeney in fourth place. The Suffield, Conn. athlete has a pair of silver medals this winter in the midst of recovering from late summer wrist surgery.

Summer Britcher, another Sochi Olympian, won three races last year, was fourth in the World Championships, and took silver among the U23s. The Glen Rock, Pa. competitor has been racing through a shoulder problem since November.

The distribution of gold this winter includes two more Germans, Tatjana Huefner and Dajana Eitberger, Canada’s Alex Gough and Russian Tatyana Ivanova. All have one victory each this year.

In addition to Gough, a weekly threat, Canada is also getting solid back-up from Kim McRae, while Ivanova has won five times in her career. That includes the Sigulda, Latvia World Cup event two weeks ago. Ivanova has medaled twice previously at the World Championships.

Nine World Cup doubles races to date – sprint and two-run events - have all been won by two German sleds. Toni Eggert and Sascha Benecken have claimed seven gold medals, while defending Olympic and World Champions Tobias Wendl and Tobias Arlt have the other two.

The former has a commanding lead in the standings followed by the latter. Third on the World Cup list are Americans Matt Mortensen and Jayson Terdiman, thanks to World Cup silver and bronze medals and a run of consistent results in what’s amounting to their breakout season.

Mortensen, of Huntington Station, N.Y., and Terdiman, of Berwick, Pa., raced on other sleds at the Sochi Games. When their partners decided to step out of the sport, the duo became a team in March of 2014 with a game plan to hit their peak a year from now in PyeongChang.

Considering their World Cup rank has improved yearly from seventh, to fifth and now third, they remain on schedule.

Austria has intentions of contending for a doubles medal with Peter Penz and Georg Fischler, who missed the past two World Cups as Fischler was recently diagnosed with myocarditis. His training was relegated to long walks, but is now medically cleared to compete.

The team relay, which closes the championships on Sunday, will feature 15 teams. The top three in the world, currently, are Germany, the U.S. and Canada. However, Russia, Latvia, Austria and Italy may have something to say about that in Igls.

All World Championship races will be live streamed by the FIL with Tim Singer calling the action, accompanied by athlete analysts. You can access the coverage via www.usaluge.org.

Audio from Jan. 23 media call with 7 athletes can be found here