Financial and sales woes push toy giant to close numerous locations between February and April of this year. 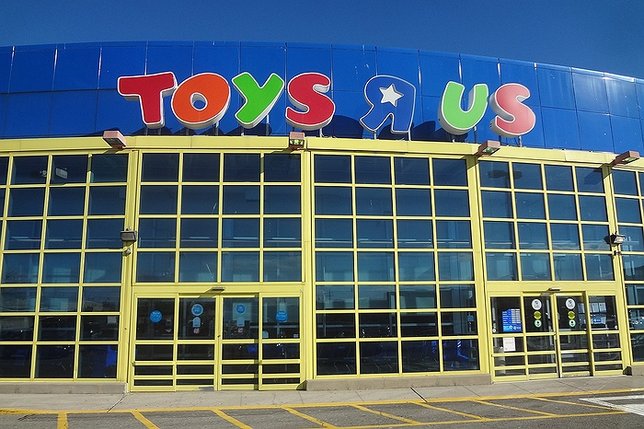 Toys R Us' Carle Place location (pictured) will remain open; however, four other Long Island stores in the chain are currently slated to close.

Long Island, NY – January 24, 2018 - After mounting debt and lowered sales resulted in iconic children’s retailer Toys R Us declaring bankruptcy in September of 2017, reports released today indicate that the chain will be closing over 180 stores nationwide…and several of those locations are here on Long Island, NY.

Today, the company announced that 182 of their approximately 800 U.S.-based Toys R Us and Babies R Us stores will be closed, with closures to begin in February and be completed by the end of April. Among those locations are four here on Long Island, some of which have been in business for decades. The company’s international locations – making up another approximately 800 stores – will not be affected.

The slated Long Island Toys R Us closures are:

The company’s Carle Place store was among those spared, most likely because it is situated in the middle of one of the busiest shopping districts on Long Island; nonetheless, some customers at that location expressed surprise and dismay that the famous company – originally founded in 1948 – would be closing the doors on some of their other long-standing Nassau and Suffolk County stores in the coming months.

“I’m really shocked that the Massapequa Toys R Us is on the chopping block with this announcement,” said Kathy Ridley of Bellmore. “I grew up in Massapequa, and I remember going to that store as a little girl…it’s been around longer than I’ve been alive! It’s so sad.”

In September, Toys R Us announced that they had engaged the services of law firm Kirkland and Ellis in an attempt to restructure approximately $400 million in debt due in 2018 – as well as $5 billion more in long-term debt – and shortly afterward, the chain officially declared Chapter 11 bankruptcy protection. At the time, the retailer stressed that they would remain open for business as usual with no changes, but after a less profitable-than-hoped holiday season that saw sales down by more than ten percent, that plan appears to have changed. Additional roadblocks to profitability were attributed to competition from other big-box retailers such as Walmart and Target, in addition to the growing segment of consumers who shop online at websites such as Amazon.

Another issues contributing to Toys R Us’ current woes include a 2005 buyout by private-equity firms KKR, Bain, and Vornado; as a result of the deal, Toys R Us took on its current $5 billion in long-term debt, which it has been struggling to replay ever since in the midst of declining sales revenue. In addition, reports show that kids are playing with smartphones and videogames more and more these days, while relying on toy store mainstays such as dolls and action figures less and less.

When a major retailer such as Toys R Us experiences problems, it’s not just a localized challenge; the company’s bankruptcy has created a ripple effect throughout the toy industry, with manufacturers such as Hasbro – well-known for G.I. Joe, Transformers, and many other popular brands – Mattel, Jakks Pacific, and even Lego all seeing shares fall on Wall Street when the announcement of Toys R Us’ bankruptcy hit media outlets. As the largest buyer of their products nationwide, it’s only natural that Toys R Us’ financial and legal issues would, in turn, hurt toymakers as well.

Toys R Us’ restructuring efforts ran into a minor bout of controversy when news came out in December 2017 that the company – then in the midst of bankruptcy proceedings, a time where every major expenditure must be pre-approved by the court – had petitioned to be allowed to pay company executives $14 million in bonuses, claiming that senior management needed the incentives in order to motivate them to perform at their very best during the crucial holiday shopping season. The court eventually allowed the bonuses to be paid.

Toys R Us spokespersons have noted that the company will begin a renewed focus on improving the customer service experience, both at their remaining physical locations as well as on their website, and that new incentives – such as an improved rewards program – will be used to lure in new customers.