Legislation Would Direct LIPA Board of Trustees to Consider the Economic Impact of Rate Increases on Ratepayers and the Long Island Economy. 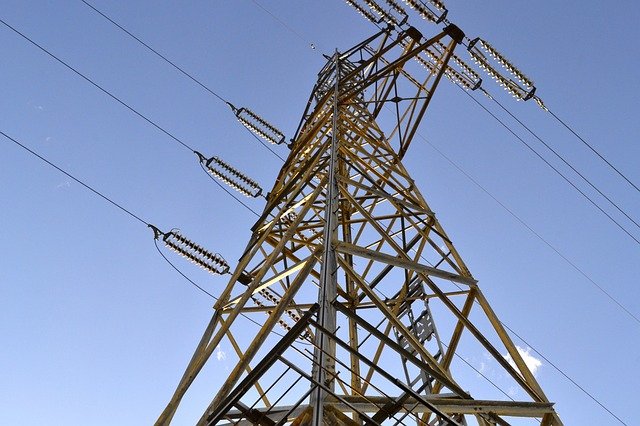 Long Island, NY - January 23, 2017 - Assemblyman Fred Thiele and State Senator Ken LaValle introduced the “Long Island Power Authority Rate Reform Act” on January 18, 2018. The legislation would require the Long Island Power Authority Board of Trustees, when considering a rate increase proposal, “to protect the economic interests of its ratepayers and the service area” in addition to the interests of the utility company. It would also prevent LIPA from increasing rates to offset revenue losses due to ratepayer energy conservation efforts. LIPA contracts with PSEG-LI to manage the electric system for LIPA.
In 2015, the Long Island Power Authority Board of Trustees approved the largest rate increase in LIPA’s history. The three year increase was implemented between 2016 and 2018. That rate increase resulted in a cumulative 7.3% rate increase in the delivery portion of LIPA bills. The rate increase raised more than $287 million in new revenues. At the time, five Cuomo appointees voted for the rate increase. Two trustees voted “no” and one abstained. All were legislative appointees.
Under current law, LIPA Trustees are limited in what they can consider in a rate case. Specifically, they can only consider whether or not the recommendations of the State Department of Public Service are consistent with three narrow parameters, including “sound fiscal operating practices”, “existing contractual obligations”, and “safe and adequate service”. They are not permitted to consider the economic impact of the rate increase on ratepayers or the Long Island economy.
In short, LIPA Trustees can only determine whether or not the State Department of Public Service followed the narrow criteria in the LIPA Reform Act and not the broad economic impact of the rate increase.
At the time of the rate increase vote in 2015, the three Trustees who did not support the rate increase were highly critical of the LIPA Reform Act. Among their statements were, “The LIPA Reform Act is too rigid”; “I call upon the Legislature to amend the LIPA Reform Act to give LIPA Trustees more power and decision making on behalf of the ratepayers”; “In my opinion I don’t think it represents the lowest rates achievable while providing adequate service”; and “A recommendation is something you can take or leave, I cannot accept this rate increase”.
At the same time, State Comptroller Thomas DiNapoli criticized the lack of regulatory oversight of LIPA and PSEG-LI stating, “We are concerned that there is no true scrutiny of proposed rates …because LIPA Trustees cannot be objective under the current arrangement.”
In 2015, the rate process was also roundly criticized by a bi-partisan coalition of elected officials across Long Island.
The proposed legislation would fix the LIPA Reform Act by directing LIPA to consider the economic impact of a rate increase, in addition to the criteria already enumerated in the statute. It would also prevent LIPA from increasing rates to offset revenue losses due to ratepayer energy conservation efforts.
Assemblyman Fred Thiele stated, “In 2015, the flaws in the LIPA Reform Act saddled ratepayers with a 3-year increase, the largest in LIPA history. LIPA Trustees implored us to fix the law. We should do so now before LIPA and PSEG-LI can ask for another rate increase. Under the federal tax bill, Long Islanders are already facing a significant economic loss which will cost residents billions in taxes due to lost income tax deductions. At the same time, utility companies could see a windfall in tax reductions. Ratepayers and taxpayers are the same people. It is imperative that the LIPA Reform Act be amended so that LIPA considers the economic impact of electric rate increases. In addition, Long Islanders are successfully working hard to reduce energy consumption. They should get the financial benefit of the efforts to conserve and not be punished with higher rates.”
Senator LaValle stated, “While we have been working to keep Long Island affordable by implementing measures like the 2% property tax cap, LIPA approved the largest rate increase in its history. More than ever, it is critically important that the financial impacts on customers are considered when LIPA deliberates any cost increases. This measure will enable more community input by mandating a public hearing when considering rate changes. In addition, this legislation would provide the Trustees with the tools necessary to reject rate increases that would cause additional financial burdens on Long Islanders.”
“Electric rates on Long Island are among the highest in the country but there appears to be no end to the increases. It's unfair to expect ratepayers to bear this burden while many families struggle to pay their bills,” said Brookhaven Town Supervisor Ed Romaine. “I want to thank Senator LaValle and Assemblyman Thiele for their leadership in introducing this legislation that would require LIPA to hold public hearings before instituting any rate increases and empowering LIPA’s Board of Trustees with the ability to reject increases that are impacting our residents. This legislation would ensure the oversight and real rate relief our families and businesses deserve.”
Thiele and LaValle added, “In the 2015 rate case, PSEG-LI refused to make public the executive compensation for its 18 top officials, claiming that such information was exempt from state scrutiny or public disclosure under the LIPA Reform Act passed in 2013. Last month, we were able to reform the LIPA ratemaking process by passing a new law, which we sponsored, that requires PSEG-LI to make public, in connection with any rate petition, all compensation, including executive pay, and all fees to consultants and contractors, which is paid to PSEG-LI in connection with PSEG-LI's operations services contract with LIPA. The new law also empowers the State Department of Public Service-Long Island to review and make recommendations with regard to the reasonableness of these costs. Our new economic impact legislation will build upon that legislative success by providing ratepayers with a fairer and more transparent ratemaking process that serves the public interest.”