Tom Needham will be airing an exclusive conversation with musician/film director, Laurie Anderson, as part of a 2-hour special featuring the music and words of Laurie Anderson on WUSB’s The Sounds of Film. 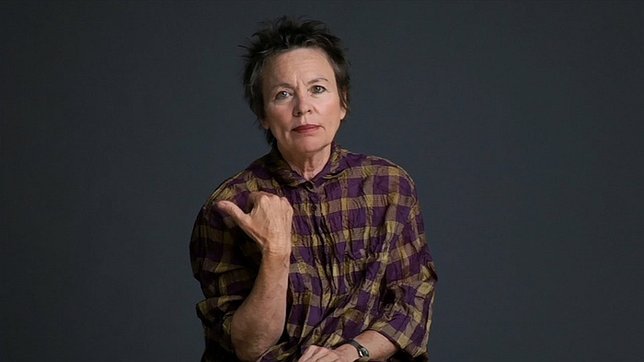 Stony Brook, NY - January 24, 2017 - Tom Needham will be airing an exclusive conversation with musician/film director, Laurie Anderson, as part of a 2-hour special featuring the music and words of Laurie Anderson on WUSB’s The Sounds of Film. The interview includes Anderson’s reflections on Lou Reed, the Women’s March and her film, Heart of a Dog, which is out on Criterion’s Blu-ray and DVD.

Heart of a Dog is Laurie Anderson’s first feature film in thirty years. The impressionistic film explores themes of love, death and loss through Anderson’s unique point of view and artistic vision. Throughout this meditative poem, she explores stories about her dog Lolabelle, her dying mother and life in a post 9/11 world. Her visionary collage-style editing mixes animation, music compositions, poetic narration, home movies and artwork. The film was nominated for Best Documentary at the 2016 Independent Spirit Awards, and screened at the Telluride, Venice, and Toronto Film Festivals. The film is dedicated to her late husband, Lou Reed. 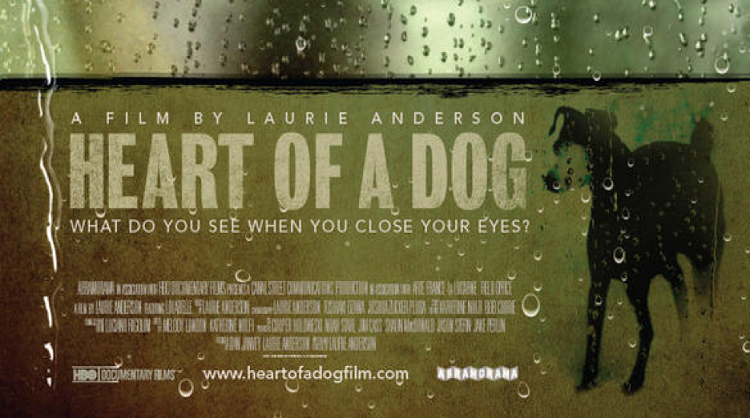 Criterion's Heart of a Dog.

Laurie Anderson’s long career includes work in music, theater, visual art, performance art and film. Through the years, she has released seven albums and is known for her innovative songs “O Superman,” “Big Science,” and “Sharkey’s Day.” In 1986, she released her concert film, Home of the Brave.  She composed the film scores to the Spaulding Gray films Swimming to Cambodia and Monster in the Box. In 2003, Anderson served as NASA’s first artist-in-residence.  In 2006, she narrated Ric Burns’ Andy Warhol: A Documentary.
About the Sounds of Film
The Sounds of Film is the nation’s longest-running film-themed radio show.  For the past 30 years, the program has delivered a popular mix of interviews and music to listeners all over Long Island, parts of Connecticut and streaming live on the Internet. Previous guests include Garland, Jeffreys, Michael Moore, director Kenneth Lonergan, director Mike Leigh, Rev. Jesse Jackson, director Rory Kennedy, the Nation’s Katrina vanden Heuvel, writer Chris Hedges and Wallace Shawn.