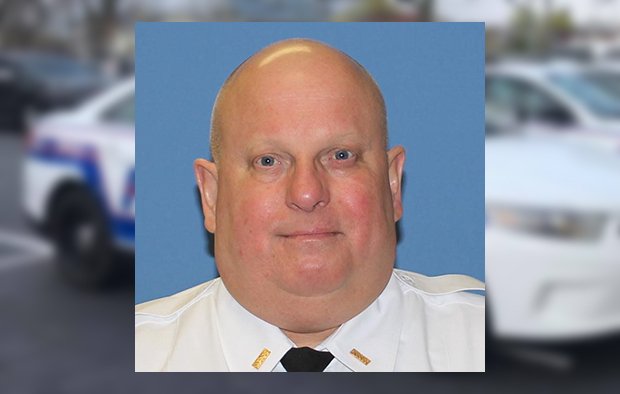 The Suffolk County Police Department is mourning the loss of one of their own this week who died from Covid-19.

Lieutenant Robert Van Zeyl tested positive for Covid-19 on January 3 and was hospitalized a week later. He died on January 20.

“The death is the first of an active duty sworn member of the Suffolk County Police Department due to the Covid-19 virus and Van Zeyl will be honored with a line of duty funeral, arrangements of which are pending,” the SCPD said in a statement.

“It is with great sadness that we mourn the loss of an exceptional member of our law enforcement family, Lieutenant Robert Van Zeyl,” Bellone said. “Our thoughts and prayers are with the entire Van Zeyl family during this difficult time.”

“Lt. Van Zeyl served Suffolk County residents with distinction for nearly 36 years and his legacy will continue with the members of this department,” she said. “We extend our deepest sympathies to his family.”

Van Zeyl joined the Suffolk County Police Department in February 1985 and served in the Fifth Precinct upon graduation from the academy. Van Zeyl was promoted to Sergeant in 1994 and then Lieutenant in 2003. He served as the Commanding Officer of the Applicant Investigation Section and the Administrative Services Bureau before transferring to the Second Precinct in 2015 where he worked until his death.

“It is truly heartbreaking to lose a member of our department, doubly so personally given the fact that I have known Bob for my entire career,” Suffolk County Police Chief of Department Stuart Cameron said.

Cameron and Van Zeyl were sworn in together on the SCPD.

“Bob’s passing exemplifies the multifaceted dangers that members of our department face every day to keep the residents of our county safe,” Cameron said. “Our department grieves his loss along with his family.”

During his more than three-decade career, Van Zeyl received more than a dozen recognitions for his contributions to the police department including two Cop of the Month honors and the Excellent Police Duty Award for amassing 12 or more self-initiated DWI arrests in a single year.

Van Zeyl, 60, is survived by his ex-wife Christine Zubrinic, a daughter, Hailey, and son, Tyler, both 14.

“The Suffolk County Police Department has not only lost a great police officer, but we’ve lost a great boss, and more importantly, a great friend,” said Sergeant Jack Smithers, who worked with Van Zeyl in the Second Precinct. “He will be sorely missed by all.”