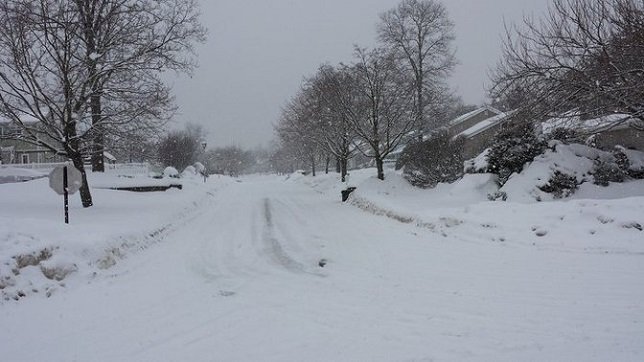 With the threat of a potential blizzard and the near-certainty of some form of snowfall this weekend, schools around Long Island have already begun cancelling scheduled SAT testing for Friday, January 22nd and Saturday, January 23rd.
As of 2:00 PM on Friday, the Center Moriches and Deer Park school districts had already cancelled their tests for the day. Center Moriches also announced that it would not be testing on Saturday either, joining East Meadow School District, Hamptons Bays High School, Manhasset Secondary School, Massapequa School District, Oceanside School District, Patchogue-Medford School District, Ross School, Sappo School, and Westhampton Beach School District in preemptively cancelling plans to administer the test on January 23rd.
Please note that this may only be a partial list, and additional districts are liable to announce cancellations as the storm begins to blanket Long Island. To verify whether your testing site has closed due to the storm, be sure to check the LongIsland.com School Closings & Delayed Openings page regularly in the hours leading to your scheduled testing time, as it will be updated continuously as more information becomes available.
College Board, the organization which designs and administers the SAT, advises students who have had their test day cancelled to be patient as a makeup date is arranged. Testers should be contacted as soon as a makeup date is confirmed.
For the most up to date weather information, head over to the LongIsland.com Weather Center, where you can find the latest weather forecasts, advisories and more.
To get the latest traffic & road conditions before traveling this weekend, visit the LongIsland.com Traffic Center, and be sure to check out the live traffic feeds on our Traffic Cam Page.
[Source: College Board]