The New York Racing Association announced that horseplayers and racing fans will be able to purchase tickets for the 2016 Belmont Stakes Racing Festival starting Thursday, January 28, 2016 at 10 a.m. 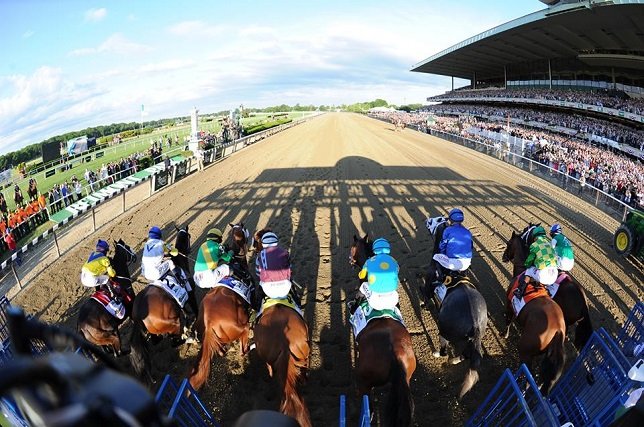 Highlighted by the 148th running of the Grade 1, $1.5 million dollar Belmont Stakes, the oldest and most challenging leg of horse racing's vaunted "Triple Crown", the three-day mega event will begin on Thursday, June 9, 2016, and conclude on Saturday, June 11, 2016.

"The Belmont Stakes Racing Festival is New York's traditional kickoff to the summer season.  In this spirit and building off the overwhelming success of last year's Festival, we have built an exciting, three-day mega event featuring championship racing, world-class entertainment and premium hospitality," stated Chris Kay, Chief Executive Officer and President.  "With an incredible racing lineup featuring 11 graded stakes races and nearly $10 million in purses, we encourage our fans to purchase their tickets in advance and secure their place at beautiful Belmont Park."

An exclusive pre-sale for Belmont Stakes Racing Festival reserved seating and hospitality packages is being offered for NYRA Rewards members, previous Belmont Stakes reserved seat and hospitality ticket buyers and for horseplayers and fans joining the mailing list at NYRA.com or BelmontStakes.com.  These exclusive offerings will occur starting on Monday, January 25, 2016, and will continue through Wednesday, January 27.  All participants in each pre-sale phase will receive an exclusive access-code to purchase tickets via Ticketmaster.com.

Ticket Packages
For the first time, fans purchasing reserved seat tickets through Ticketmaster.com will be able to digitally preview their seat location and sightlines, while comparing sections from the comfort of their own home.  This new technology will further improve the ticket selection process for 2016.

Additionally and new for 2016, NYRA will offer fans the option of two advance, three-day festival passes offering additional savings throughout the event.  These festival passes will be offered on a limited basis starting January 28 through May 20 and include:

Additional discounts will also be offered for NYRA Rewards members furnishing proof of membership.  NYRA Rewards account holders can purchase a Grandstand festival pass for $25 and a Clubhouse festival pass for $55. A limited quantity of these discounted tickets will be available while supplies last, and can be obtained by contacting the NYRA Box Office at 844-NYRA-TIX.

Fans interested in purchasing admission tickets to the Belmont Stakes Racing Festival for Thursday, June 9 or Friday, June 10 can do so via Ticketmaster.com, starting on January 28 at 10 a.m.

Grandstand general admission tickets for Belmont Stakes Day will also be available for $15 until May 20.

Three Days of Celebration
The 2016 Belmont Stakes Racing Festival will include three days of celebration.