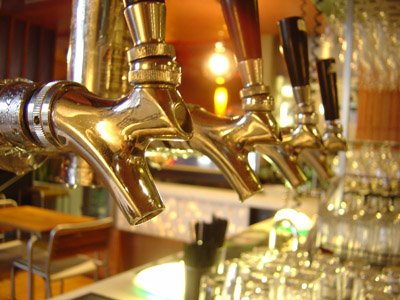 Surge Protector is an apt name for the limited-edition brew created to help the victims of Superstorm Sandy.

The beer becomes available on Tuesday, and proceeds will be split between the nonprofit organization Long Island Cares and Barrier Brewing Co., one of Long Island’s local breweries that was destroyed by Sandy.
Launch parties for the brew will be held across Long Island and New York City on Tuesday evening.  Long Islanders can pick up a pint at The Tap Room in Patchogue and Mineola’s Black Sheep Ale House.  The Bronx Ale House, Alewife in Queens and The Pony Bar in Manhattan will also have the brew on tap.
By Wednesday, Long Islanders will be able to purchase 22-ounce bottles of the relief brew at retail beverage centers.  Each bottle will go for $16.99.  About 40 bars across Long Island will have the brew on tap, which is being distributed by the East Yaphank-based beer wholesaler, Clare Rose.
But you better act fast, since there are only 2,000 bottles and about 50 kegs!  It’s so limited, in fact, that only four barrels of the brew will be served off Long Island.
The beer itself was brewed at Blue Point Brewing Co., in collaboration with seven other breweries: Blind Bat Brewery, Barrier Brewery, Great South Bay Brewery, Greenport Harbor Brewing, Long Ireland Beer Co., Port Jeff Brewing Co. and Spider Bite Brewing Co.
Representatives of these breweries met at the Blue Point Brewing Co. on Dec. 4, and each added one bag of malt barley into the mix, producing the India Pale Ale.  While the idea for a collaborative brew predates Sandy’s destruction, the damage caused to Barrier Brewing gave its local counterparts a real cause to come together and support one of their own.
Share your thoughts on this article by posting this comment below or by visiting our Long Island Living discussion forum.