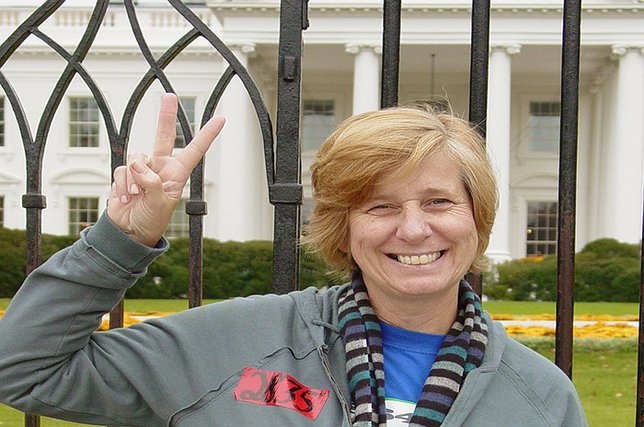 Stony Brook, NY - January 21, 2019 - Peace activist Cindy Sheehan and folk singer Melanie are Tom Needham’s special guests this Thursday at 6 pm on WUSB’s ‘The Sounds of Film.’
Cindy Sheehan is a well-known activist, author and podcaster. She became nationally recognized when her son was killed during the Iraq War, and she decided to set up a makeshift camp outside of President George W. Bush’s ranch to protest the war. She wrote the book ‘Peace Mom: A Mother’s Journey Through Heartache to Activism.’ She got involved in politics and unsuccessfully ran for Congress, Governor and Vice President. She hosts the popular podcast ‘Cindy Sheehan’s Soapbox.’ Through the years, she has been featured in numerous documentaries including ‘Paying the Price For Peace,’ ‘Left Out: Beyond the 2-Party Horse Race,’ ‘Roseanne for President,’ and ‘Invisible Empire.’
Long Island Music Hall of Fame inductee Melanie is originally from Astoria, Queens.  She is best known for her hits “Brand New Key,” “Beautiful People,” and “Lay Down (Candles in the Rain).”  In 1969, she performed at the historic Woodstock Festival. Afterwards, she scored hits with “Peace Will Come” and a cover of the Rolling Stones’ “Ruby Tuesday.  Throughout her career, she has sold over 80 million records. In 1989, Melanie won an Emmy Award for writing the lyrics to the theme song for the TV series ‘Beauty and the Beast.’  In 2012 she collaborated with John Haldoupis to create an original musical about her love story with her late husband, Peter, called ‘Melanie and the Record Man.’ Her latest DVD is called ‘Melanie: Live at the Meltdown Festival 2007.’ The film captures Melanie’s triumphant return to London’s Queen Elizabeth Hall.
About the Sounds of Film
The Sounds of Film is the nation’s longest running film, music and ideas themed radio show. For the past 30 years, the program has delivered a popular mix of interviews and music to listeners all over Long Island, parts of Connecticut and streaming worldwide live on the internet. Past people interviewed for the show include Peter Fonda, Julie Cohen, Laurie Anderson, Chris Hedges, Michael Moore, Peter Yarrow, Jimmy Webb, Chuck D, DA Pennebaker, Susan Lacy and Rev. Jesse Jackson.