Cuomo: "We are profoundly distressed by the ongoing government shutdown and the total lack of progress toward reaching a resolution." 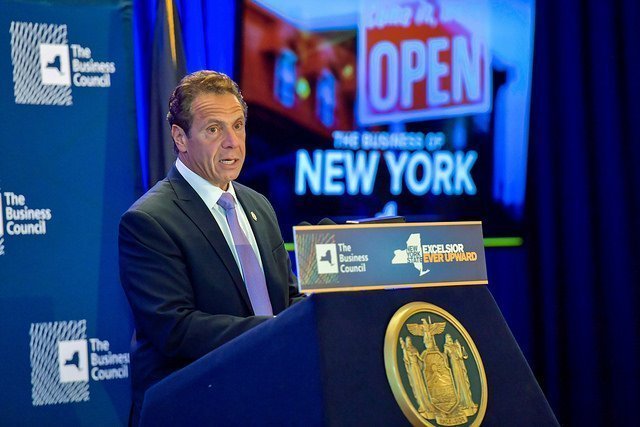 New York, NY - January 18, 2019 - Today, Governor Andrew M. Cuomo, Governor Jay Inslee (WA) and Governor Gretchen Whitmer (MI) released the following statement, calling for answers and action from the Trump administration on states' ability to make unemployment benefits available to unpaid federal workers who have remained on the job during the partial government shutdown:
"As governors representing tens of thousands of Americans who have now been furloughed or working without pay for 28 days, we are profoundly distressed by the ongoing government shutdown and the total lack of progress toward reaching a resolution. We urge President Trump and Senate Republicans to immediately reopen the government for the hard-working federal employees in our states and across the country, a third of whom are veterans, who are badly hurting.
"Each of us has taken active measures permitted by law to alleviate the pain of the partial government shutdown, including providing unemployment benefits to furloughed federal workers and their families in our states who have missed paychecks and are now facing a very real threat of missing payments on their rent, mortgages, credit cards, phone bills and car loans. Unfortunately, current federal regulations are preventing us from providing the same assistance to federal employees who are continuing to work full-time, despite not being paid for their work. This disparity is patently unfair and wrong. For the hundreds of thousands of federal workers who remain on their jobs — including Coast Guard members, TSA agents, air traffic controllers, food safety inspectors, CBP agents, and more — our states' hands are tied from providing this much-needed relief.
"We call on the U.S. Department of Labor to immediately provide clear, unambiguous guidance on whether flexibility is available to states to waive these rules and offer unemployment benefits to federal employees who are excepted from the furlough. If such flexibility does not exist, we urge the department to work expeditiously with congressional leaders on a change to the statute to allow our states the ability to offer this critical assistance to workers and their families. Simply put, there is no rational justification to deny these employees the same short-term relief being offered to furloughed federal employees across the country.
"Ultimately, what states need most is an end to this harmful and unnecessary shutdown. It is now causing massive disruption and widespread pain to families and communities across the country — endangering our food supply, natural resources, the public safety, and our states' economies. We urge President Trump and the Senate Republicans to end this impasse now and reopen the government for all Americans."