Governor Andrew M. Cuomo today announced that efforts last year to deter underage drinking by investigators from the state Department of Motor Vehicles resulted in nearly 760 arrests and the seizure of more than 750 ... 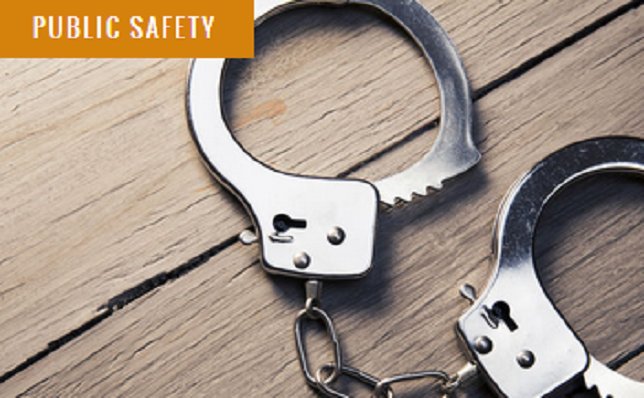 Working with law enforcement partners, bar owners, and the State Liquor Authority, DMV investigators conducted 53 enforcement actions in ten counties in 2015, making 114 more arrests than in 2014, as part of Operation Prevent. Operation Prevent is aimed at reducing underage drinking and the use of fake IDs by working with local authorities at known underage drinking hotspots to check identification documents.

Operation Prevent investigations are conducted all year long, not only at bars and drinking establishments, but also at concerts, events, or wherever underage patrons are likely to gather. DMV investigators, working closely with SLA, conducted four joint operations in 2015, two of which resulted in the revocation of the establishments’ liquor licenses. During a compliance inspection at The Smokin’ Bull in Albany on November 12, approximately 115 of the 125 patrons at the establishment were found to be under the age of 21, leading to more than 70 arrests. Another at Bootlegger’s Bar and Grill in Troy on December 3, resulted in the confiscation of 91 counterfeit licenses and 93 arrests for allegedly possessing fraudulent identification documents or presenting another person’s driver license. SLA investigators documented 50 sales to minors and two bartenders were arrested by the Troy Police Department for unlawful dealing with a minor.

While DMV never publicly announces which venues may be investigated, leading up to Labor Day, Governor Cuomo announced a statewide crackdown on underage drinking and fake identification at summer concerts and other underage hotspots. The crackdown netted 133 arrests and the confiscation of 63 false identification documents in areas across the state.

DMV and SLA also worked together this past summer to educate bar owners, security, and staff of licensed establishments about new security features included on driver licenses, permits, and ID cards issued by the state. An electronic brochure was distributed to thousands of bar owners across the state that provided a description of the advanced security features in these forms of identification to make it easier for owners and staff at establishments with liquor licenses to authenticate them and identify fake IDs.

DMV’s Operation Prevent is supported by the Governor’s Traffic Safety Committee, which coordinates traffic safety activities in the state and awards federal highway safety grant funds to local, state, and not-for-profit agencies for projects to improve highway safety and reduce deaths and serious injuries due to crashes. These year-round efforts were celebrated on December 1, the 30th anniversary of the raising of New York’s drinking age from 19 to 21, when Governor Cuomo announced a 60-percent decrease in alcohol-related traffic fatalities since 1985. According to the Institute for Traffic Safety Management and Research, a non-profit, university-based research center dedicated to improving highway safety, the number of alcohol-related fatalities in police-reported motor vehicle crashes has dropped steadily from 750 in 1984 to 292 in 2014.

“For more than a decade, DMV has been steadfast and unwavering in its commitment to prevent underage young adults from using fake IDs and to stop underage drinking before it starts. I am proud of the work of our investigators, not only in 2015, but each and every year,” said DMV Executive Deputy Commissioner Terri Egan. “DMV will continue to work with local law enforcement throughout the State to deter underage drinking and keep our roadways safe.”

In addition, the SLA has dramatically intensified enforcement actions to crack down on sales to minors in addition to providing education to licensees on their responsibilities. In 2015, the SLA prosecuted 1,552 licensees for underage sales, a 50 percent increase from 1,036 prosecutions in 2010. This includes 808 sales to minor violations obtained through the SLA’s own decoy operations, initiated for the first time in the agency’s history in 2011. The SLA also increased the number of trainings to reduce underage sales and help licensees to avoid violations before they occur by certifying and promoting Alcohol Training Awareness Program. The number of trainings completed by licensees and their staff has increased by nearly threefold, from 5,014 in 2010, to 14,549 in 2015.

“As underage drinking far too often results in tragic outcomes, there is no more important priority for the State Liquor Authority than preventing the sale of alcohol to minors,” said SLA Chairman Vincent Bradley. “The SLA will continue conducting aggressive sting operations, working with the DMV and our partners in local law enforcement, and educating licensees on their responsibilities in order to prevent young New Yorkers from buying and abusing alcohol.”