Statement From A.G. Schneiderman On EPA Plan To Reduce Methane Emissions From Oil And Gas Industry

The agency will adopt regulations to reduce emissions of the powerful greenhouse gas methane from the oil and gas industry. 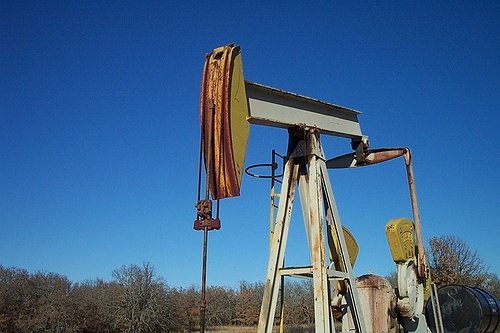 Photo by: rsvstks via Free Images

Long Island, NY - January 15, 2015 - The following statement is attributable to Attorney General Eric T. Schneiderman on the U.S. Environmental Protection Agency (EPA)’s announcement today that the agency will adopt regulations to reduce emissions of the powerful greenhouse gas methane from the oil and gas industry:

“For more than two years, my office and other states have urged EPA to act on its responsibility under the Clean Air Act to regulate methane emissions from the oil and gas industry, which contribute substantially to climate change pollution. I applaud EPA’s announcement today that it will require the industry to control these emissions from new sources.

“Although today’s announcement is an important step forward, it is essential that EPA also act on its responsibility under the Clean Air Act to regulate methane emissions from existing sources and natural gas distribution. We must take advantage of the proven, effective measures available to reduce this pollution as a crucial part of efforts to stem the threat of climate change.”

In December 2012, Attorney General Schneiderman, leading a coalition of seven states, notified the federal Environmental Protection Agency of his intent to sue the agency for violating the Clean Air Act by failing to regulate methane emissions from the oil and natural gas industry. The coalition charged that because EPA has determined that methane is a powerful climate change pollutant emitted by the industry in large quantities, and because affordable methods for controlling these emissions were then available, EPA had violated the Clean Air Act when it largely ignored methane in the agency’s 2012 updates to air pollution emission standards for the oil and gas industry. EPA’s decision at the time not to directly address the emissions left the vast majority of methane emissions from oil and natural gas operations unregulated.

In the summer of 2013, President Obama issued a Climate Action Plan that, among other things, committed his administration to developing a comprehensive, interagency strategy to reduce methane emissions. That strategy, which was released in March 2014, committed EPA to a number of activities, including assessing significant sources of methane and other emissions from the oil and gas sector, soliciting input from independent experts through a series of technical white papers, and determining how best to pursue further methane reductions from these sources. Attorney General Schneiderman’s coalition filed comments on the EPA white papers advocating for the direct regulation of methane from new and existing oil and gas development and delivery equipment, and has held the filing of the lawsuit in abeyance due to EPA’s actions considering the matter.

EPA announced today that it will issue proposed regulations this summer that will require new and modified equipment, such as compressors and pneumatic controllers, to meet standards to limit their methane emissions. The regulation of new and modified sources also triggers EPA’s duty under the Clean Air Act to issue emission guidelines to facilitate state regulation of existing emission sources in the industry. Reducing emissions from these existing sources is also likely necessary to reach EPA’s announced target reduction of 40-45% less methane emissions by 2025 compared to 2012 levels.

In addition to urging EPA to regulate methane emissions from the oil and gas industry under the Clean Air Act, the Attorney General has taken several recent actions to ensure that the impacts of natural gas and oil on climate change are adequately evaluated and addressed: