The Third Squad reports the arrests of two Hempstead men for Burglary (Attempt) that occurred on Friday, January 2, 2015 at 2:10 pm in Hempstead. 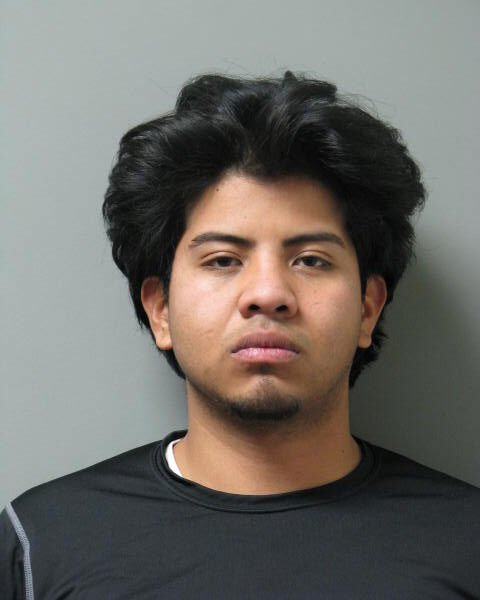 According to detectives, a 34 year old male victim opened his rear Hoff Court residence door after hearing a noise. At that time he observed the defendants Joshea J. Hernandez, 21, of Washington Street and Franklin Ariel Mejia, 18, of Tennessee Avenue trying to pry open his door. The defendant’s then fled west on Hoff Court and the victim chased after them by using his own vehicle. The victim was able to locate the defendants on Henry Street and approached them.

It was at this time that Joshea J. Hernandez used a straight edge razor and swung it at the victim causing a minor laceration to his chest. Both defendants then fled on foot and the victim called Hempstead Police. The victim refused medical attention at the scene.

On Wednesday, January 14, 2015 the victim called 911 after he observed the defendant Joshea J. Hernandez in standing in front of 315 Front Street. Hempstead police responded and placed Hernandez into police custody without incident. A subsequent investigation led Nassau Police Third Squad Detectives to North Shore University Medical Center and placed Franklin Ariel Mejia into police custody without incident while he was visiting a patient there.