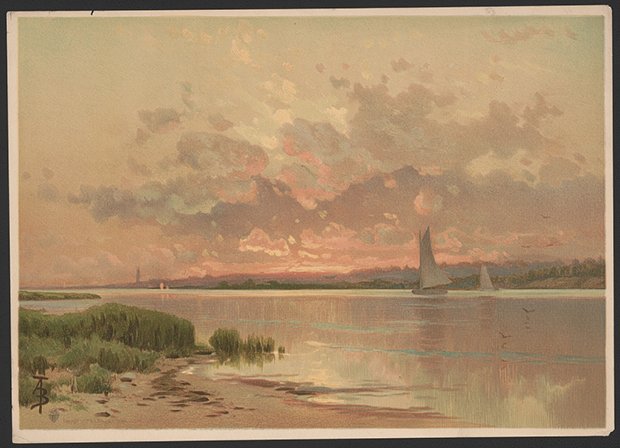 Photo: Library of Congress. No known restrictions on publication.

The actual date of the painting isn’t given in the archives but Alfred Thompson Bricher, the artist who painted the sailboat on Shinnecock Bay at sunset, lived from 1837 to 1908. The print in the Library of Congress  says the work was published in 1887 by L. Prang & Company so we can reasonably assume the painting was produced sometimes before that.

The Smithsonian American Art Museum says that Bricher painted seascapes up and down the Atlantic coast in his career. He is often associated with the Hudson River School.