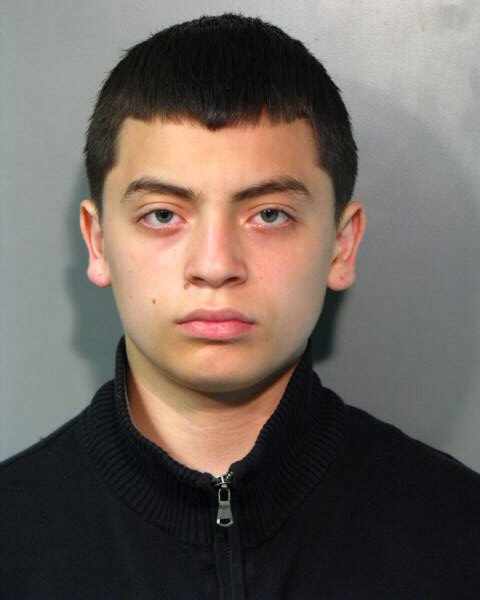 According to detectives, on Wednesday, October 7, 2014 at 5:00 P.M. a male victim, 22, arrived at his North Clover Drive, Great Neck Estates home and observed David Jimenez (pictured right), 16, of Colden Street, Flushing standing at his front door. The victim was able to see Tomas Rios, 16, of E. 206th Grand Concourse, Bronx, in the kitchen of his home.  The victim yelled at which time both defendants ran from the home.

On Tuesday, October 28, 2014 at 7:05 P.M. two victims arrived at their Bayberry Ridge, Flower Hill home and observed David Jimenez in the driveway.  He rode his bicycle from the scene and when they entered the house they noticed their bedroom had been ransacked. Officers responding to the call located Jimenez on Port Washington Boulevard in Flower Hill where he was found to be in possession of cocaine and was placed under arrest at 8:24 P.M. An investigation determined Tomas Rios was also involved in the second incident.

Jimenez was charged with Burglary 2nd degree and Criminal Possession of a Controlled Substance 7th degree and was arraigned on Wednesday, October 29, 2014.

Tomas Rios was placed under arrest on Tuesday, January 13, 2015 at the 109 Precinct in Queens with the assistance of NYPD.  He is charged with two counts of Burglary 2nd degree and will be arraigned on Wednesday, January 14, 2015 at First District Court in Hempstead. Jimenez will be charged with a second count of Burglary 2nd degree at a later date.