Knicks Extend Win Streak to 5 with Victory over Suns

2013 was a rough year for New York sports fans, but the first couple weeks of 2014 have been kind to basketball and hockey lovers alike. 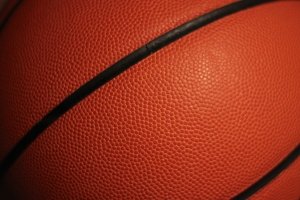 Knicks Rise Over Suns in OT
The Knicks were hot off a well-earned victory over the Heat, but looked like the effort had sapped all the energy out of them when they travelled to Philadelphia on Saturday. The 76ers got out to an early 7-2 lead, and while the Knicks were able to catch up briefly they spent the most of the quarter chasing after the lead. Philly was up 28-20 going into the second.

New York was able to battle back in the second quarter, retaking the lead with a JR Smith three that put them ahead 35-34. The 76ers tied the game again at 38, but the Knicks closed the quarter out with a 14-2 run, heading into the half up 52-40. The Knicks kept rolling in the third, extending their lead to 16, and cruised to a 102-92 win over Philadelphia.

In a rare turn of events, Carmelo Anthony did not lead the team in scoring; Amar’e Stoudemire went 8-10 from the field and 5-5 from the free-throw line in his 22 minutes of play to score a game-high 21 points. Anthony put up 18 on 8-21 shooting to compliment 9 rebounds, Smith put up 14 points, and Andrea Bargnani scored 10.

The Knicks went home to host the 21-15 Suns last night; after falling behind 10-7 a Melo three helped them to get back on the right track and spark a 15-0 run. The Suns recovered, but New York still held a 28-21 advantage after the first.

New York’s lead increased to 13 early in the second, and stayed up near that margin for most of the quarter until Goran Dragic hit a buzzer-beating three to cut the spread down to 9. Phoenix kept rolling after the break, starting the second half with an 11-2 run to tie score at 54, but New York responded with a 12-2 run to take a ten point advantage. They were still up 75-68 heading into the fourth.

The Suns would not go down easily, however, and Dragic led them back to an 88-83 lead with under 5 minutes to go. Bargnani, Anthony, and Martin combined to get the Knicks back within a point, and a Felton three put them up 92-90 with 53 seconds left on the clock. That score looked like it might hold, but the Suns drew a foul in the last second and Leandro Barbosa sank both free throws, sending the game into overtime.

Carmelo Anthony and Kenyon Martin combined to put New York back ahead 98-93 halfway through OT, but a pair of Plumlee foul shots got the score back within 2 not long after. Neither team was able to score through most of what remained on the clock, however (barring a single Frye free throw with two seconds to go which made it 98-96), and the Knicks won their fifth straight, and sixth of their last seven games.

Melo posted a double-double with 29 points and 16 rebounds. Felton shot for 19, and Bargnani and Smith both shot for 10.

The Knicks will play the Bobcats next, at 7:00 PM tonight.

Nets Streak Ended in Toronto
The last time the Nets were in Toronto they were on a 5-game losing streak and snapped out of it with a win over the Raptors; when they returned on Saturday they were on a 5-game winning streak. Brooklyn had a 10-6 lead after a few minutes of play, but Toronto evened the score and went on an 11-3 run to end the first quarter up 24-18.

Toronto stayed ahead throughout the second quarter, with Brooklyn shaving only a point off the deficit to enter the half down 47-42, but after the break a pair of Alan Anderson free throws and a Paul Pierce three had them right back in the game. Anderson put up two threes of his own and Pierce shot another, sending the Nets ahead 56-48, but the Raptors took control again and ended the quarter up 68-64.

The Raptors lead was up to 10 in the fourth before Brooklyn could score another point, and it only got worse from there. The Nets went on to lose 80-96.

Paul Pierce led the team in scoring with 15 points, followed by Anderson with 13. Joe Johnson shot for 11 on the night.

The Nets will be in London next, playing the Hawks at the O2 Arena at 3:00 PM on Thursday.

Islanders Beat Stars
The Islanders have been on a hot streak over the past couple weeks, but the Stars were looking to put them on ice in the middle of a 6-game road trip early on Sunday. Ray Whitney put Dallas on the board first midway through the opening period, and Sergei Gonchar scored on an unassisted wrist shot in the final two minutes of the frame to make it 2-0.

New York would not be beaten so easily, however, and Kyle Okposo knocked in a wrist shot halfway through the second to cut the deficit in half. Dallas still led a period later, but with just over four minutes left in the game Okposo struck again to tie the score. John Tavares gave the Islanders their first lead with 1:24 to go, and Brock Nelson cemented it with an empty netter half a minute later.

The Islanders won their fourth straight and seventh of their last eight games by a final tally of 4-2. Kevin Poulin stopped 29 of 31 shots in the victory.

New York will play Florida next, at 7:30 PM tonight.

Rangers Pummel Philly
The Rangers were fresh off their own victory over the Stars when they hosted the Flyers on Sunday night. New York made short work of Philly, striking first on an unassisted Daniel Carcillo backhander just 2:14 in the game (his second goal of the season), and doubling the lead 28 seconds later with a Rick Nash snap shot. Derick Brassard slapped in the third Ranger goal before the ten-minute mark.

Chris Kreider made it 4-0 with a backhanded shot midway through the second period, and Henrik Lundqvist did an admirable job holding down the fort the rest of the way. Mark Streit found the back of the net in the third, but it was the only goal to be had for Philadelphia. New York won 4-1 as Lundqvist blocked 37 of 38 shots on goal.

The Rangers will host Tampa Bay next, playing at 7:00 PM tonight.