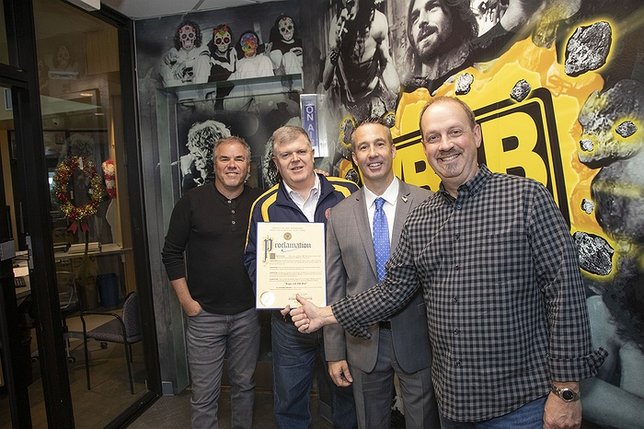 Long Island’s own WBAB classic rock radio station is a staple for many Long Islanders and a part of that enduring legend is the morning team, of Roger & JP who celebrated 20 years on the air this month.

The team of Roger Luce and John "JP" Parise  - both of whom were raised on Long Island - were celebrated on air by local officials recently who made a special guest appearance on the show to congratulate them for the enduring legacy.

Town of Babylon Supervisor Rich Schaffer and Councilman Terry McSweeney presented the radio hosts with an official town proclamation in recognition of their accomplishments in broadcasting and contributions to the community at the West Babylon-based station. To further mark the occasion, the Babylon Town Board declared Saturday, January 4th, 2020 as “Roger & JP Day” in the Town of Babylon, according to a press release about the event.