A woman was struck by a vehicle while chasing her dog down Main Street in Setauket. 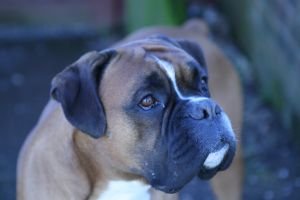 Setaukey, NY - January 13, 2014 - A Setauket woman was struck by a vehicle on Main Street early Monday morning. The incident occurred at 6:30 AM when Peggy Place, age 56, chased after her dog which had escaped out of her yard and ran down the road.

A Ford Explorer going westbound hit both Peggy and the dog. She has been taken to the Stony Brook University Medical Center where she is being treated for injuries and listed in critical condition. The dog, a boxer, was transported to a nearby animal hospital where it is also being treated. The driver, a Sound Beach man, was not harmed in the crash.

The Suffolk Police Department is asking anyone with information about the crash to call 631-854-8652.