The “Puppy Mill Bill” will prevent puppy mills from profiting by allowing local governments to regulate pet dealers and prevent mill puppies from being sold in pet stores. 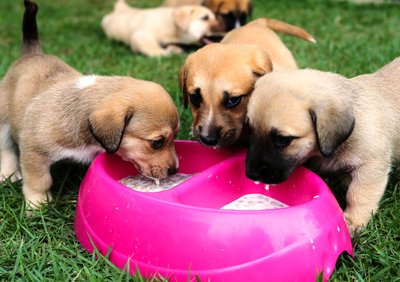 The bill, penned by Assemblymember Linda B. Rosenthal, will strengthen the oversight of pet dealers across the state and ensure that their animals are being kept in healthy and safe conditions. The new law will allow local governments to require that the animals sold in pet shops be healthy, spayed or neutered, and do not come from puppy mills.

“With this new authority in hand, municipalities from Buffalo to New York City, the North Country to Long Island will be able to pass tough new laws to crack down on puppy mills and bad breeders who place profit above the health and safety of animals,” said Rosenthal in a press release.  “This is a victory for animals, and for everyone who loves them and fought so long and hard to see this bill finally become law. I cannot thank Governor Cuomo enough for standing up for the helpless animals in New York State.”

Often pet stores get their dogs and cats from puppy mills, which keep their animals in deplorable conditions with small, dirty cages or kennels, where the animals’ only purpose is to have puppies and kittens for the puppy mill owner to sell.  Many of the puppies and kittens end up getting sick, or can have serious hereditary health issues from improper breeding methods.

“The puppy mill industry wanted to keep the state law unchanged because it allowed maximum profit and minimum accountability,” said Matt Bershadker, ASPCA President and CEO. “With this law, we’ll be able to keep a closer eye on these operations, stop inhumane practices, and undoubtedly save many lives. For New Yorkers and animal lovers—and animals themselves—this is a huge and important win.”