“I congratulate Mayor Murray as he continues to lead and advocate tirelessly for our community as NYCOM’s new President,” Legislator Mulé said. 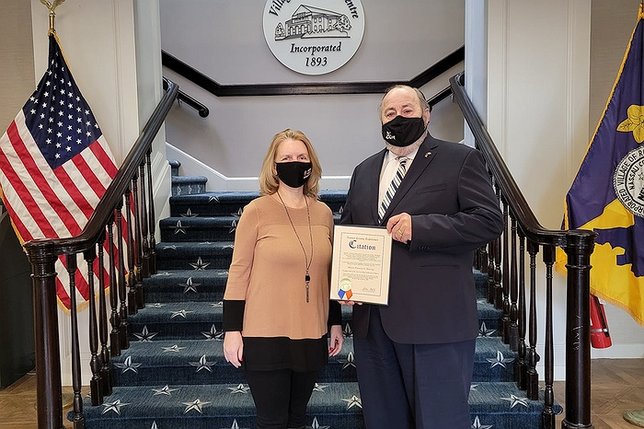 Photo by: Office of Legislator Mulé

Nassau County Legislator Debra Mulé (D - Freeport) congratulated Village of Rockville Centre Mayor Francis X. Murray on Thursday, Jan. 6 on his recent election as President of the New York State Conference of Mayors and Municipal Officers (NYCOM).
Since 1910, NYCOM has served as an “aggressive advocate for city and village interests before the Executive, Legislative and Judicial branches of state government,” a “readily accessible source of practical information touching upon every area of municipal activity” and an educational and training resource for local officials, according to its mission statement. NYCOM currently represents municipalities serving more than 12 million New Yorkers.
“For more than a century, NYCOM has been an indispensable resource for scores of local elected officials who are entrusted with representing every corner of the Empire State,” Legislator Mulé said. “I congratulate Mayor Murray and wish him all the best as he continues to lead and advocate tirelessly for our community as NYCOM’s new President.”