Officials: A preliminary investigation has determined the cause of the fire to be non-criminal. 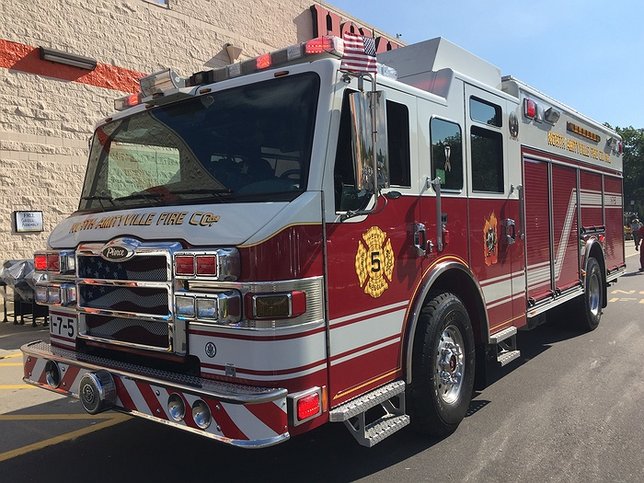 SCPD reports a house fire that killed a man in North Amityville on Monday, January 8.

North Amityville, NY - January 8, 2017 - Suffolk County Police Homicide Squad and Arson Section detectives are investigating a house fire that killed a man in North Amityville on Monday, January 8, 2018.
First Precinct police officers, firefighters from Melville, North Amityville, North Lindenhurst, Copiague and East Farmingdale and members of the Wyandanch-Wheatley Heights Ambulance Corp. and South Farmingdale Fire Department Ambulance responded to a residence on Albany Ave. at 2:25 a.m. after a 911 caller reported a fire at the location.
After the fire was extinguished, the body of an adult male was located inside. The man, a resident of the home, was pronounced dead at the scene by a physician assistant from the Office of the Suffolk County Medical Examiner and his name is being withheld pending identification by the medical examiner.
Two children, a male and a female, escaped the home uninjured and were released to their mother, who was not home at the time of the fire. Two male residents of the home were transported to Good Samaritan Hospital Medical Center in West Islip and will be transferred to Stony Brook University Hospital. One male resident was transported to Nassau University Medical Center in East Meadow.
A preliminary investigation by Arson Section detectives and the Babylon Town Fire Marshal has determined the cause of the fire to be non-criminal.