As part of the New York State Department of Environmental Conservation's (DEC) aggressive efforts to combat the spread of the invasive Southern Pine Beetle (SPB), DEC is offering the first ever opportunity on Long Island ... 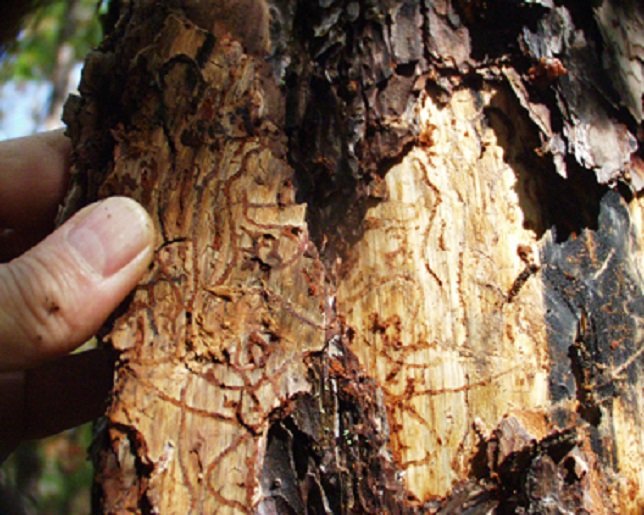 First ever timber sale on Long Island is part of the DEC's effort to combat the spread of southern pine beetle infestation.

"The Southern Pine Beetle poses a threat to Long Island's Pine Barrens and DEC is actively fighting to protect the area from these destructive pests," DEC Acting Commissioner Basil Seggos said. "By thinning a portion of this forest, which represents one of DEC's largest land holdings in the Pine Barrens region, we are potentially saving thousands of trees from this invasive insect."

Following the discovery of Southern Pine Beetle in October 2014, DEC quickly initiated a rapid response plan in cooperation with the U.S. Forest Service, the U.S. Fish and Wildlife Service, the New York State Office of Parks, Recreation and Historic Preservation, the Central Pine Barrens Commission and Long Island municipalities to further define the extent of the southern pine beetle infestation and implement scientifically based management strategies to combat this forest pest.

The accepted and most effective method of minimizing the spread of SPB includes cutting infested trees and thinning surrounding forested areas. Thinned forests enable individual trees to better defend themselves against beetle attacks. Left untreated, SPB can move swiftly to nearby forested areas. As part of the response plan, several agencies began tree-cutting operations in an attempt to reduce additional damage to the region's unique Pine Barrens habitat.

Since that time, DEC's forestry experts and partners have initiated properly planned management activities using the best available science at several key sites including Henry's Hollow Pine Barrens State Forest/Suffolk County's Munn's Pond County Park, cutting nearly 2,500 infected pine trees to suppress the infestation, as well as implementing similar management activities at Hubbard County Park, Munn's Pond County Park, and the Bellows Pond area. These initial operations were largely successful, with only limited spread of the insect beyond the boundaries of the cut areas. However, ongoing monitoring by DEC and partners have identified additional forested areas threatened by the Beetle and in need of management.

After a small infestation was found on the 5,700-acre Rocky Point Pine Barrens State Forest, DEC staff quickly began developing strategies to protect this habitat from a larger infestation at the largest single tracts of undeveloped lands in the Central Pine Barrens region. DEC developed a scientifically based plan to selectively remove a percentage of pitch pine, scarlet and white oak trees throughout the state forest, which is intended to give the remaining trees access to more sunlight and nutrients, allowing them to gain strength and better fight off the invading beetle.

Timber harvesting is regularly conducted on DEC-managed forests throughout the state by private contractors to achieve various resource objectives, including invasive species management. DEC is searching for an eligible timber management company to implement the selective management of trees on the approximately 56-acre parcel in need of thinning. All work conducted by private contractors will be done under strict DEC supervision to ensure that only trees previously marked for harvesting will be taken down.

The Whiskey Road Contract Bidding Notice is posted in the New York State Contract Reporter and on DEC's website. All bids must be received by DEC before 11 a.m. on February 11.

The SPB, a bark beetle native to the southern United States, has steadily expanded its range north and west, possibly due to climate change. It is considered one of the most destructive forest pests in the United States and attacks all species of pine including pitch pine, the predominant species found in the Long Island Pine Barrens. Prior to its discovery on Long Island, it had reached as far north as New Jersey devastating nearly 50,000 acres of Pine Barrens in that state. An estimated 1,000 new acres of pine forests in New Jersey have been destroyed each year by SPB since it was found in that state in 2001.

Adult beetles bore into the bark of trees laying eggs in S-shaped tunnels just beneath the bark. This disrupts the flow of nutrients, killing the tree in typically two to four months. Insecticides have been shown to be mostly ineffective against SPB, too costly to the environment and too great a threat to the sole source drinking water aquifer.

What You Can Do:

DEC urges the public to report any recently dead pine they encounter in the Long Island area, especially if there are several trees grouped together. Sightings should be reported to the Forest Health Diagnostic Lab through the toll-free information line, 1-866-640-0652 or by email. If possible, accompany any reports via email with photos of the trees including close ups of any damage. An added item in the photo for scale, such as a penny, would help with identification.

A SPB fact sheet with photos and information related to the recent areas of discovery are available on DEC's website.