Superstorm Sandy Victims Face Massive Flood Insurance Premium Increases, But FEMA Has Not Yet Completed Required Study on How Homeowners Will Be Able To Afford New Rates 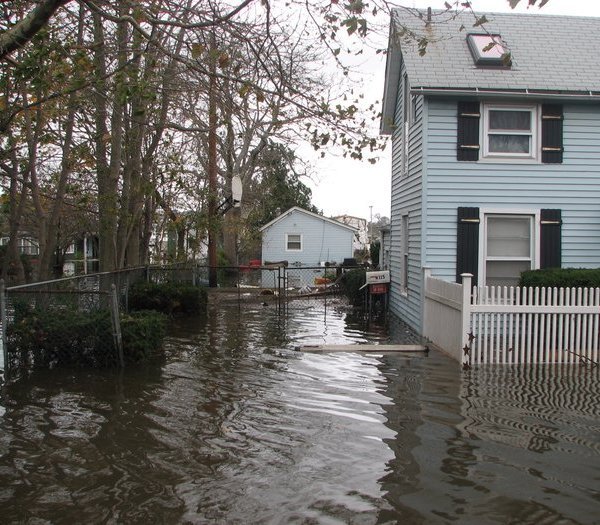 Washington, DC - January 7, 2014 - U.S. Senator Charles E. Schumer today announced that Schumer-sponsored, bipartisan legislation that would protect thousands of New York homeowners from facing huge flood insurance premium rate hikes will receive a vote in the Senate this month. The bill, the Homeowner Flood Insurance Affordability Act, will require the Federal Emergency Management Agency (FEMA) to complete an affordability study and propose real solutions to address flood insurance affordability issues before flood insurance premiums can be raised.
The FEMA study will help ensure that flood insurance is accurate and affordable so that people are not forced to choose between breaking the bank and leaving the neighborhood they call home. Schumer said that the legislation will help protect many homeowners from increased flood insurance rates set to be imposed by the Biggert-Waters Flood Insurance Reform Act of 2012 (Biggert-Waters), ad that the bill has strong bipartisan support that is growing as more people across the country face higher premiums and threats to property values.
“Residents are still recovering from the destructive force of Superstorm Sandy, and they should not be forced to pay unaffordable premiums as they attempt to rebuild – especially because FEMA has not come close to completing the required affordability study,” said Schumer.  “We cannot in good conscience raise flood insurance rates before we determine how homeowners can afford to pay them, which is why I look forward to voting later this month to prevent the most devastating rate hikes from taking effect.”
The Homeowner Flood Insurance Affordability Act was introduced by Sen. Bob Menendez (D-NJ), and is co-sponsored by Senator Chuck Schumer (D-NY), Senator Mary Landrieu (D-LA), Senator Johnny Isakson (R-GA) and 24 other Senators. Supporters of the delay in the House, including cosponsor Rep. Michael Grimm (R-Staten Island), voted 281-146 last year on an amendment to postpone premium increases.
Specifically, the Homeowner Flood Insurance Affordability Act would delay the implementation of Biggert-Waters for three categories of property owners:
The legislation delays the implementation of rate increases on the three types of properties until FEMA meets two requirements:  1) it completes the affordability study mandated by the Biggert-Waters Flood Insurance Reform Act of 2012, proposes a draft affordability framework for Congressional review, and Congress has a chance to give FEMA affordability authority; and 2) the FEMA Administrator certifies that the agency has implemented a flood mapping approach that utilizes sound scientific and engineering methodologies to determine varying levels of flood risk in all areas participating in the National Flood Insurance Program. FEMA has estimated it will take at least two years to complete the affordability study before a draft regulatory framework can be provided to Congress.