Second Rare Beaked Whale Washes Up Dead in the Hamptons

Biologists still do not know what caused the deaths of either of two True's beaked whales that washed up over Sunday and Monday on the East End. 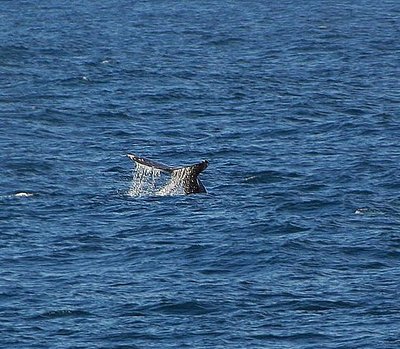 Biologists at the Riverhead Foundation for Marine Research and Preservation have come across two rare cases of True’s beaked whales turning up dead on Long Island beaches.

Just before 9:00 a.m. on Sunday, the Riverhead Foundation was contacted about a large dolphin thrashing in the surf near Flying Point Beach in Southampton.  Using photographs sent from the scene, biologists identified the creature as a rare True’s beaked whale.  A passerby attempted to push the whale back into the water, but it beached itself a second time near Gin Lane and was found dead when the Riverhead Foundation arrived.

The female whale was about 15 and a half feet long, and weighed an estimated 2,000 pounds.  The Highway Supervisor for the Village of Southampton, John Brostowski, helped the members of the Riverhead Foundation transport the deceased whale back to the Long Island Aquarium and Exhibition Center, where a necropsy will be performed to determine the cause of death.

Before biologists could even determine what killed the True’s beaked whale – a whale that many biologists on Long Island never see – a call came in about a second whale of the same species that washed up on a beach in Bridgehampton.  The second whale, a male, was approximately 9 feet long and weighed an estimated 400 pounds.

According to the National Oceanic and Atmospheric Association (NOAA), True's beaked whales prefer the deep warm temperate waters of the North Atlantic Ocean, making it odd that they would appear in the colder waters around Long Island.  True’s beaked whales are difficult to observe and identify at sea due to a low profile at the surface, and few of these whales have ever been spotted alive in the water.

Officials at the Riverhead Foundation will be performing necropsies on both of the whales.