Survey held following the detection of perfluorinated compounds known as PFOS and PFOA in 63 private wells. 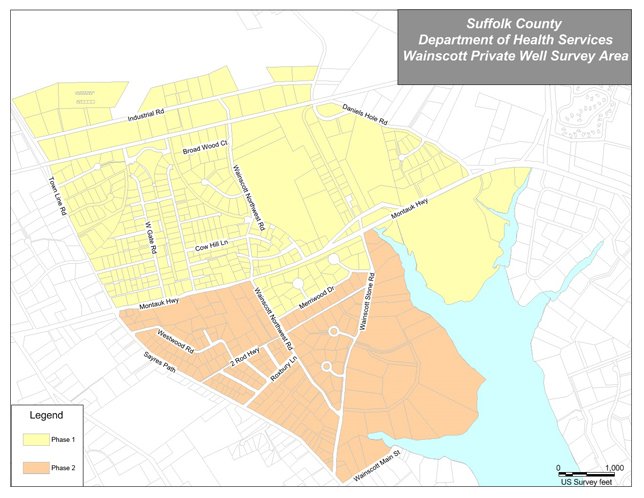