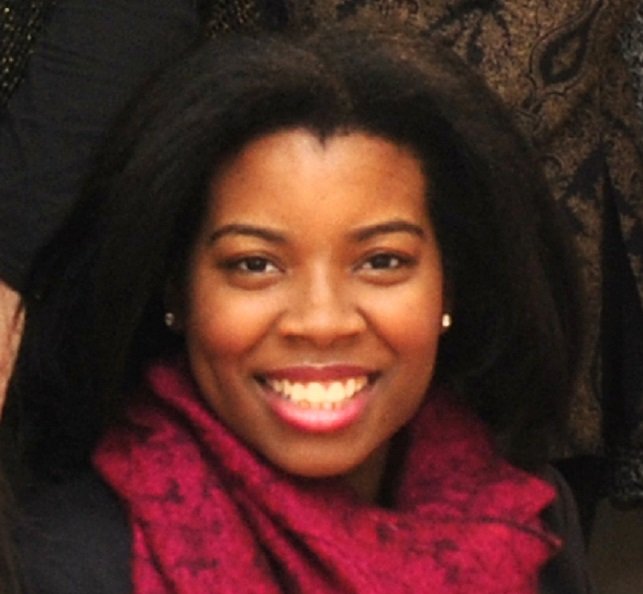 Sheree is no stranger to East End Arts. As a young person she studied piano and voice privately at the East End Arts School, attended arts camps, and more recently taught youth workshops and produced an anniversary concert celebrating the 20th Anniversary of the School. Executive Director Pat Snyder comments: "I love that a former East End Arts School student has come full circle and is now a staff member. I am so pleased to welcome Sheree to the staff of East End Arts."

After a few weeks in the position, Sheree M.C. Elder comments: “East End Arts is a special place. It is where I discovered my love for music and the arts, and continues to be a place of artistic and professional growth for me. As the Events Coordinator, I am able to work with an extremely talented team of creative professionals, and together we are able to bring enrichment through the arts to the community.”

More about Sheree M.C. Elder, Events Coordinator, East End Arts
Singer, songwriter, producer, and radio show host, are just a few of the many titles that describe music artist Sheree M.C. Elder. Recent accomplishments include her debut performance at Guild Hall of original works from her EP “Songs of the Heart”, featured in the New York Times; and her role as radio show producer and host of 90.3, 91.7 and 93.3 Faith FM radio station’s inspirational music program “The Evening Ride”, which airs on Fridays at 3:00 PM and Saturdays at 9:00 PM.

First studying piano and voice at the East End Arts School in Riverhead, NY and later going on to receive her B.F.A. from C.W. Post Long Island University, Sheree has since returned to East End Arts to host and produce the performing arts shows on the Showmobile during East End Arts Annual Community Mosaic Street Painting Festival in Riverhead, NY and provide summer music and performance workshops for students. Her love for music and its ability to touch people’s lives has led her to perform for various community programs and events including, being a volunteer performer for East End Arts Music by the Bedside program, which brings live one-on-one music performances to patients in care center facilities.

As a songwriter, she writes and produces her own music, while also writing music for others including, radio commercial jingles for companies such as Hampton Coffee Company, which has been broadcast on Long Island's WBAZ, WEHM, and WBEA radio stations.

Sheree’s performances range from being a guest soloist at events such as the Hampton Classic, The 8th Annual Black Film Festival at Southampton Cultural Center, Dr. Martin Luther King Jr. Community Celebration at Rogers Memorial Library, and Our Fabulous Variety Show theater troupe performances at Guild Hall, to performing and holding concerts at churches, libraries, and conferences such as the New York Annual Conference which brings together 500 United Methodist Church congregations in the New York region. Sheree’s goal for each performance and composition is to inspire listeners and audiences through her musical works.

East End Arts, established in 1972, is a 501(c)3 not-for-profit arts organization, and operates a School of the Arts, an Art Gallery, and presents a variety of events and programs to promote the arts year-round. Proceeds from all events, sales, classes, donations, and memberships benefit the mission and commitment to building and enriching our community through the arts by way of education, support, advocacy, and inspiration.