Authorities are warning the public to be cautious when contributing to charities related to the shootings at Sandy Hook Elementary School last Friday.

It’s not the first time the public has been warned of charity scams following a national tragedy.  While the tragic killing of 20 school children and six faculty members at Sandy Hook Elementary in Newtown, Conn. last Friday, brought out the best in some people, including politicians who have shifted their long held pro-gun rights views, and sparked a national discussion of how to adequately address mental health issues, scam artists have pounced on the tragedy as a quick and easy way to make money. 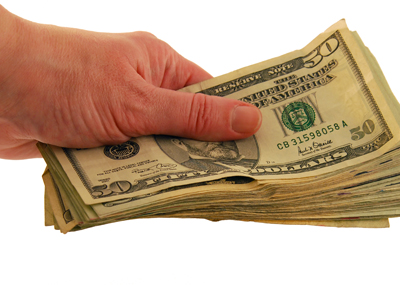 The family of Noah Pozner has taken ownership of the website noahpozner.com, after discovering the site had been set up in their son’s name.  Noah’s aunt, Victoria Haller, emailed the person who had registered the site, who identified himself as Jason Martin and said that he had “no ill intentions.”
Pozner Family friends also received a poorly written email asking for money for the family of the young boy, offering details about Noah’s funeral.  The email included directions for donations to be sent to an address in the Bronx, and accompanied by a New York City phone number, neither of which the Pozner family had any familiarity with.
A reporter contacted the person behind the phone number, who said that the money would be donated to the United Way.
Now, the website is controlled by the Pozner family, and under the name Noah's Ark of Hope, continues to accept donations, along with cards, gifts and packages at an address in Newtown.  According to the site "money donated through this site will be used to fund an irrevocable trust specifically for Noah's four surviving siblings, two of whom were also in the school that day. The trust will provide Noah's siblings with counseling services, education funding, and basic needs."
State attorneys general, consumer advocacy groups and law enforcement agencies are now warning the public to be cautious whenever making a charitable donation, in particular one that has grown out of a tragic event such as the Newtown shootings.  Be wary of unsolicited calls for donations by phone or email, and do not contribute to charities whose representatives avoid answering questions or providing details about the charity’s mission or how the money will be used.
Connecticut Attorney General George Jepsen released a statement this week warning the public of exploitative false charities.  "This is a time of mourning for the people of Newtown and for our entire state.  Unfortunately, it's also a time when bad actors may seek to exploit those coping with this tragedy,” Jepsen said.
Here are some ways that you can help support the community of Newtown after this tragic event without falling prey to scam artists.
Share your thoughts on this article by posting your comment below or by participating in our discussion about the Sandy Hook Elementary school shootings.