A first-of-it’s-kind initiative to protect children from predators on online gaming platforms has purged thousands of accounts held by sex offenders, the Attorney General’s office announced on Wednesday. 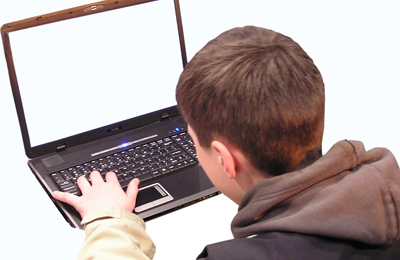 “Operation: Game Over” identified the online gaming accounts of an additional 2,100 registered sex offenders.  In addition to removing these accounts, the Attorney General announced that five more companies, including Gaia Online, NCSOFT Corporation, Funcom and THQ, Inc. have agreed to participate in the state-wide sweep.
Earlier this year, 3,500 accounts of registered sex offenders were purged from major online gaming systems, including those operated by Apple, Microsoft, Blizzard Entertainment, Electronic Arts, Disney Interactive Media Group, Sony and Warner Brothers.
“The Internet is the crime scene of the 21st century, and we must ensure that online video game platforms do not become a digital playground for dangerous predators. That means doing everything possible to block sex offenders from using gaming systems as a vehicle to prey on underage victims,” Attorney General Schneiderman said in a statement.
The systematic take down of sex offender accounts comes under New York’s Electronic Securing and Targeting of Online Predators Act (e-Stop), which requires convicted sex offenders to register all of their e-mail addresses, screen names and other internet identifiers with the state.  The state makes this information available to certain websites to they can remove associated accounts.
Operation: Game Over is the first time this law has been applied to online gaming sites.  While using gaming platforms, users can typically message other users anonymously, which can put sex offenders in direct contact with sex offenders.
The Attorney General’s office points out the Operation: Game Over coincides with recent incidents of sexual predators using online gaming sites to lure unsuspecting victims into dangerous situations.  New York has more than 34,000 registered sex offenders, with 8, 596 level 3 sex offenders, those who present the highest risk of repeat offense and threat to public safety.  There are approximately 750,000 registered sex offenders in the country.
Attorney General Schneiderman also provided a series of tips for parents to protect their children from sexual predators on online gaming systems:
Share your thoughts on this article by posting a comment below or by visiting our Long Island Living discussion forum.