Must See Movies for Christmas Break 2014

Planning on heading to the cinema this Christmas Break? Then check out these fantastic films hitting theaters this month! 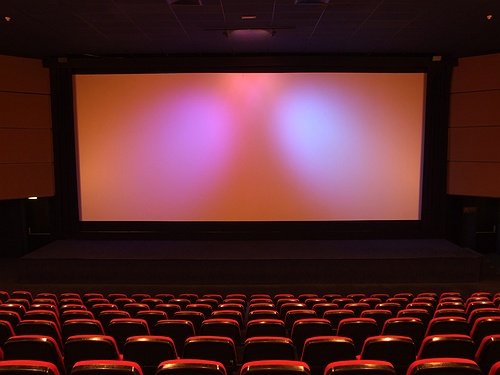 While some big blockbuster hits of November, like 'The Hunger Games: Mockingjay Part I' and 'Big Hero 6,' are still doing tremendously well at the box office, the month of December has some seriously good-looking upcoming films. 'Into the Woods,' a film adaption of Stephen Sondheim’s musical production, has already been chosen by the American Film Institute as one of the best movies of 2014, before it’s even been released!

Kid-friendly films like 'Annie' and 'Night at the Museum: Secret of the Tomb' will also be hitting the theaters just in time for Christmas as will dramas like, 'Mr. Turner' and 'Big Eyes.' So, if you’ve been looking forward to Christmas movie season all year long, then check out these films coming out to movie theaters Christmas Break 2014.

The Hobbit: The Battle of the Five Armies (Available 12/16) - The 3rd and final installment of The Hobbit series, based off the infamous book by J.R.R. Tolkien, comes this December with ‘The Hobbit: The Battle of the Five Armies.’ Rated PG-13, for some scenes of intense fantasy violence and frightening images, this film follows the epic journey of Bilbo Baggins, Gandalf, Thorin Oakenshield and his Company of Dwarves. Will these brave friends be able to save Middle-earth from Sauron and his hordes or orcs? You’ll just have to see for yourself!

Annie (Available 12/18) – This film remake puts a contemporary spin on the beloved musical ‘Annie’ that we all know and love. With a completely different cast, one that brought about some controversy, this PG rated film is one the kids will love. Though so far reviews have not been very positive, it’s a film that the kids in your life won’t want to miss out on because of their undeniable connection to the young, talented protagonist.

Mr. Turner (Available 12/18) – This critically acclaimed film follows the life of eccentric British painter J.M.W. Turner. Turner, known for outlandish stunts like strapping himself to the mast of a ship to properly paint a snowstorm, is both praised and reviled by the public and Royal Academy of Arts. Take a seat and explore Mr. Turner’s life through this film directed by Mike Leigh. With an R rating, for some sexual content, this is a film you’ll want to leave the kids with the babysitter for.

Night at the Museum: Secret of the Tomb (Available 12/18) – With an all-star cast, like Ben Kingsley, Owen Wilson, Ben Stiller and the late Robin Williams, this film is not to be missed. This third installment of the ‘Night at the Museum’ film trilogy follows protagonist Larry Daley as he begins his globe-trotting adventure to save the magic before it’s gone, forever. Get ready to encounter some favorite past characters from the series, along with some new ones!

Big Eyes (Available 12/24) – This drama, also centered on famous artists, is Tim Burton’s newest creation. Based off of the true story of famous painter Walter Keane and his wife Margaret Keane, this film set in the 1950s and early 1960s uncovers the truth about Walter Keane’s notoriety and artistic talent. See what happens when the truth finally gets out about who the real artist behind the work is.

Into the Woods (Available 12/24) – This much awaited adaption of the musical, ‘Into the Woods’ by composer and lyricist Stephen Sondheim, is this season’s must-see movie. With a rating of PG be sure to bring the kids along for this one! They’ll love the masterfully crafted music and all of the illusions to the classic fairytales they know and love so much.