On Saturday, families and supporters gathered to remember the victims of Long Island's most infamous serial killer.

“They’re not here to defend themselves, so I have to do it,” Lorraine Ela, mother of victim Megan Waterman told reporters gathered at the memorial service for the victims of the Gilgo Beach Killer on Saturday. The small crowd of friends and supporters stood by Oak Beach, talking about the investigation, expressing fears and concerns that they may never see justice in their lifetimes. After two years of waiting, Suffolk police have yet to catch the killer. Whether or not he’s still around remains to be seen. The chill in the air matched the somber tone of the events, with some huddling together, clutching cups of coffee for warmth. 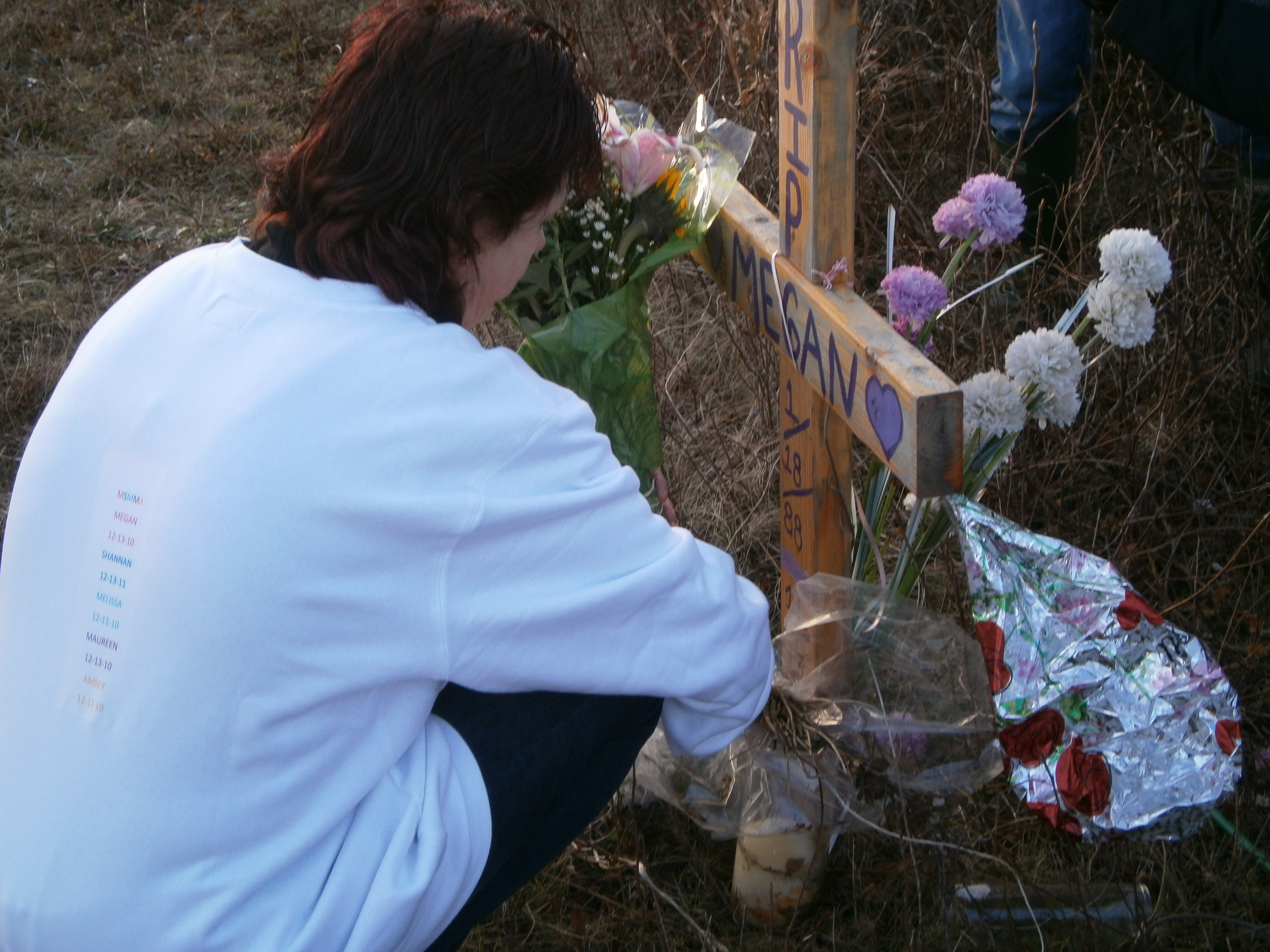 Four of the victims were found spaced out, not far from one-another, along Ocean Parkway, their locations marked by touching roadside memorials. As the group walked towards where Megan Waterman was found, Ela pointed a few feet further into the brush, “Right here. This is where she was found.”

After two years, the mental and emotional struggle of not knowing has taken its toll, but those involved in the case do their best to keep spirits high. The supporters use Facebook to keep in contact with one-another and plan events, which helps keep morale somewhat high. Supporter Jim Jones, blogger and writer, mentioned that “We want to see justice done, make sure this case isn’t forgotten and it doesn’t become a cold case.”

The group’s Facebook wall is full of comments like “We will Never stop the fight until we do get answers!” and “Still thinking of you girls daily.” The group’s membership is over sixty, which isn’t many, however; keeping the memory of the events alive is key to ensuring that justice can be done. As the small group walked from memorial to memorial, cars raced by along Ocean Parkway. The final memorial, located further east, was for Shannan Gilbert, who reportedly drowned in the marsh as she escaped from whomever was attacking her. 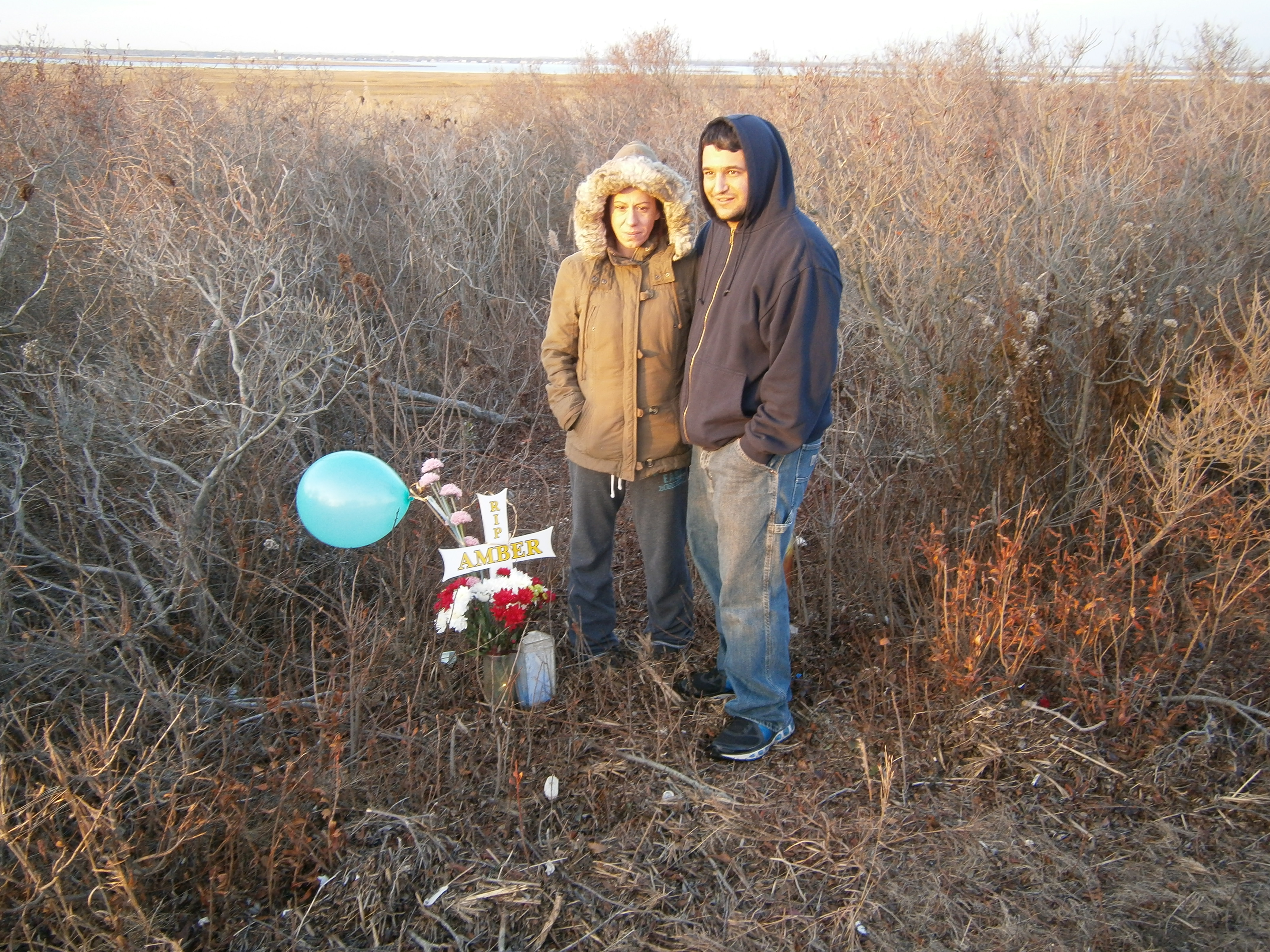 “I’d like to think he’s still in this area, but I doubt it. I really do,” Kimberly Overstreet, sister to victim Amber Lynn Costello told LongIsland.com, adding “I may never see answers in my lifetime.”

The Gilgo Beach Killer remains on the loose. Suspects have come and gone, dismissed by the police. As the families continue to struggle with their loss, two years have passed since the remains of Megan Waterman, Amber Lynn Costello, Melissa Barthelemy and Maureen Brainard-Barnes were found along Ocean Parkway. It’s easy to get caught up in the why and how of a serial killer. People want to know the grisly details. More importantly, however; the victims should be remembered for the people they were. Not for what happened to them. Mothers, daughters, sisters. Not just faces and names matched to a serial killer.

Michele Kutner, longtime supporter of the victims’ families stated “I just wish they would find this guy. It’s not easy. We’re just hoping this guy will slip up and they’ll catch him.”