Construction Company Pleads Guilty to Stiffing Workers Out of Pay

A Copaigue based construction company has pleaded guilty for failing to pay nine employees more than $100,000 in wages, according to the Nassau County District Attorney’s Office.

Tri-Rail Construction, Inc. pleaded guilty to felony criminal possession of stolen property in the fourth degree, and is now required to pay back wages totalling $100,895 to the stiffed employees, one of which was owed more than $30,000.  Along with paying the wages, the company must pay a $5,000 fine and $15,000 to reimburse Nassau County for the cost of the investigation. 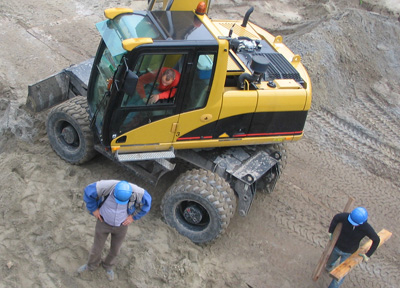 The DA’s Labor Unit began investigating the company in July 2011 after an employee filed a complaint, and found that Tri-Rail Construction was only paying these nine employees a fraction of their wages between October 2010 and July 2011 while participating in an environmental improvement public works project at Stannards Brook Park in Port Washington.  The project entailed working on the drainage system between streets, the park, and Manhasset Bay, along with renovations to all bridges and walkways in the park.
Tri-Rail Construction was also found to have falsified payroll records submitted to Nassau County
“These nine employees performed excellent work that benefits an entire community, and for their employer to deny them thousands of dollars in wages is shameful,” Nassau County District Attorney Kathleen Rice said in a statement. “My office will continue to aggressively investigate and prosecute any employer who steals from their workers, and ensure that every worker receives their fair share.”
The case is being prosecuted by Assistant DA Caryn Fink who represents the Labor Unit, which was founded in 2006 to investigate cases dealing with wage, worker compensation and payroll tax fraud, as well as child labor violations and failure to pay wages and overtime.  According to the DA’s office, this unit has a 100 percent conviction rate.
Share your thoughts on this article by posting a comment below or by visiting our Long Island Living discussion forum.