The European Union was awarded the Nobel Peace Prize on Monday in Oslo, Norway.  German Chancellor Angela Merkel and French President Francios Hollande were joined by about 20 other European leaders as the prize was awarded. 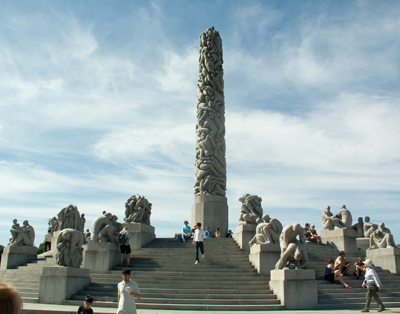 Nobel diplomas and medals were awarded to EU Commission President Jose Manuel Barroso, EU Council President Herman Van Rompuy and president of the EU Parliament Martin Schulz at Oslo’s City Hall.
The Associated Press reports that the prize committee chairman Thorbjoern Jagland credited the union with bringing peace to a “continent of war.”
The decision to award the EU has received some criticism, including from Nobel laureates, that the associated prize money, $1.2 million, not be awarded to the union which uses military force as a necessary component of security.
Amnesty International said that the award was “not entirely unjustified from a historic point of view,” but warned that it was also not be the “final verdict on its record.”
“It should instead take the acknowledgement as a reminder - re-enforcing what it ought to stand for, acknowledging itself where the weaknesses were and what the future has to hold,” Marek Marczynski, Deputy Director of Amnesty International's Europe and Central Asia program wrote in October.
The current financial crisis is causing deep tensions between leading EU members, in particular Germany and France.  Germany has argued that union members need to reign in spending, while France argues that increasing government spending will mitigate the rising unemployment problem continent with a population of 500 million.