Two Long Island hikers were rescued from Slide Mountain in the Catskills on Sunday.

A team of state troopers and forest rangers rescued two hikers from Long Island who became lost while hiking on  Slide Mountain in New York's Catskill region on Sunday morning, the Associated Press and the Daily Freeman report. 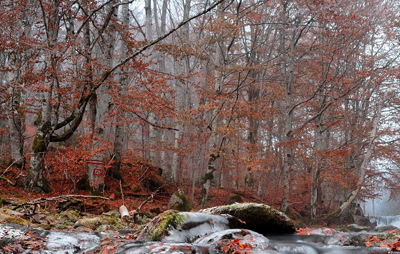 Slide Mountain, the highest peak in the Catskill region, is located about 50 miles southwest of Albany in the town of Shandaken.
Michael Leleszi and Erin McKinstry, of Huntington, were safely located by the team of rescuers after state police received an emergency call at 5:48 a.m.  They were suffering from exposure after spending the night on the mountain.  Rescuers provided food and warm clothes as the pair recovered from the ordeal.
According to police, the two Long Islanders also received clothes and shelter from other hikers on the mountain.
Both Leleszi and McKinstry were observed by emergency medical personnel after being escorted off the mountain, but didn’t require additional treatment.
How the two hikers became stranded is not yet clear.  Winter hikers are advised to carry official trail maps and consult reliable weather forecasts to plan accordingly before heading out on a winter hike.
Share your thoughts on this article by posting a comment below or by visiting our Long Island Living discussion forum.