Two winning tickets were sold for the record breaking Powerball Jackpot in Missouri and Arizona.

Powerball Officials announced early this morning that two winning tickets were sold in Arizona and Missouri for the record-breaking half a billion dollar jackpot.  The winning ticket combination was 05, 16, 22, 23, 29, and a Powerball of 6. 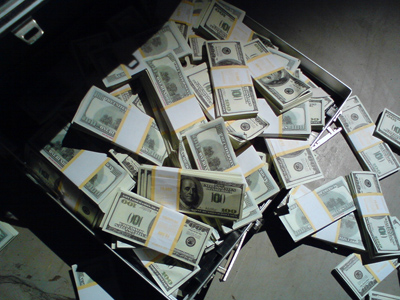 The winning ticket holders are the luckiest Powerball winners, and can now take home a share of the record $580 million jackpot.  As of early Thursday morning, the people or groups who purchased the tickets have not yet come forward.
Sales were strong over Thanksgiving week, which pushed the jackpot for Saturday’s drawing to $325 million, the fourth largest in history.  Following that drawing, Jackpot officials estimated that sales would push the jackpot to $425, the largest jackpot ever, but said it could go even higher.  With no winners, a slew of last minute ticket buyers did send the jackpot total well beyond that estimate.
According to Powerball officials, there have been 16 consecutive drawings since October without any winners.  The losing streak spurred Americans to purchase over 500 million tickets, spending more than $1 billion.
This jackpot is only exceeded by March’s $658 million Mega Millions award.
Share your thoughts on this article by posting a comment below or by visiting our Long Island Living discussion forum.