Camp Bulldog is providing aid for Lindenhurst natives in need after Hurricane Sandy. 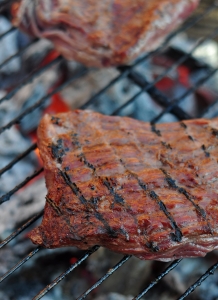 Providing aid in the form of hot meals and neighborly support, the group known as Camp Bulldog, with the help of The BBQ Brethren has been supporting the Lindenhurst area with hot meals and support to volunteers, as well as those in need in the weeks following Hurricane Sandy. Posting up on South Wellwood Avenue, the group was spotted providing plenty of support for those affected by the Frankenstorm. Serving out thousands of much-needed hot dogs and hamburgers to locals, the group was able to at least take people’s minds off recent weather-related events.

Patch reported that the group kicked off their aid effort by starting with a simple table to provide hot food for people working to help Lindenhurst natives get back to a sense of normalcy. The movement grew from there, with The BBQ Brethren stepping in, as well. The BBQ Brethren had taken to Babylon Village earlier in the week to aid in the recovery effort of the area, while also focusing their efforts on the south shore.

Long Islanders have been flocking to participate in Camp Bulldog recovery efforts. Individuals from Lake Placid, Commack, Nesconset and many others have sent aid to Camp Bulldog in the hopes of helping out. A true community spirit has seemingly sprung up in the wake of Hurricane Sandy, which is nice to see, with so many putting others ahead of themselves after weeks of no power and significant damage.

While other initiatives like Occupy Sandy are doing their part to provide supplies and repairs to areas devastated by Hurricane Sandy, the government is also taking steps to ensure Long Island businesses affected by the storm are taken care of. Movements like Camp Bulldog are such an important part of the recovery effort, as they not only reflect the good in people after a disaster, but also reflect that recovery can be swift. Camp Bulldog can be located under a white tent between the Surfside 3 Marina and Wellwood Grill.