We dug into the archives to find this historic photo. 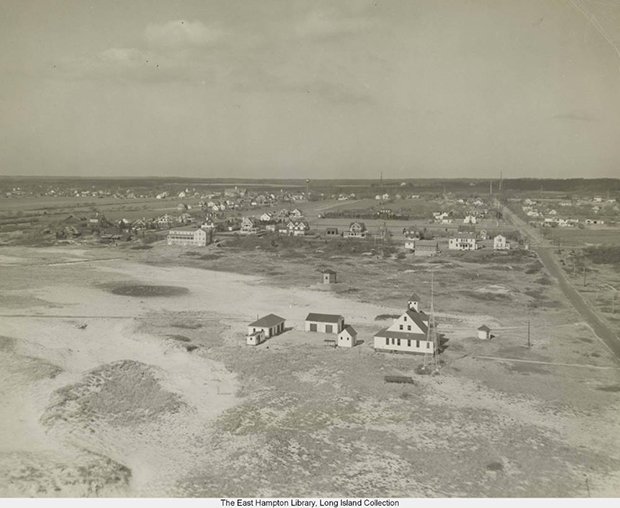 This photograph by L. A. Rowley Photographers of East Marion has an inscription on the back indicating the photo shows the bunker "Steamer Sterling Ashore at Rocky Point, July 08, 1898." The Price and the Lawrence, other steamers, were located nearby on the same day, as per another picture from Rowley.

The back of this photo also notes "Captain William C. Bartlett," who was presumably the captain of the Sterling or Stirling, as it is spelled on another photo from the same day. The Sterling, judging by other photographs from the same day by L. A. Rowley was probably another boat. These photographs were part of a collection of images from Sterling Historical Society in Greenport documenting the menhaden or bunker fishing industry, and the connection between Greenport and Promised Land Fish Factory.