On Wednesday, amid days of heavy rocket strikes launched from the Palestinian territory, Israeli Defense Forces killed senior Hamas leader Ahmed Said Khalil al-Jabari as he drove his car within the borders of the Gaza Strip.  Jabari, 52, had been acting-leader of Hamas since 2006, and is believed to be connected with several major terrorist attacks.  Last year, Jabari escorted the captive Israeli soldier, Gilad Shalit, as he was finally handed over last year since his capture in 2006.

The attack that killed Jabari was among the heaviest air strikes Israel has delivered on the Palestinian territory in over four years.  The strikes were carried out in response to the rockets launched from Gaza over the past few days, and Israeli military officials have said that what has begun as an air strike may escalate into a “ground operation” if necessary. 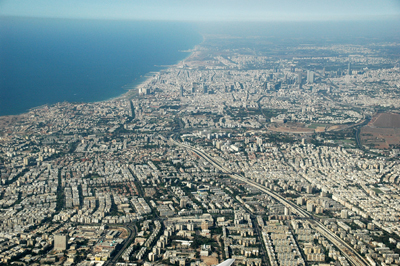 The attack was launched in response to over 200 rocket strikes fired into Israel since last weekend, and officials are now warning Israelis within 25 miles of the border to stay close to shelters in case Hamas sends more rockets over the border.  A Gaza-launched rocket struck as far away as Tel Aviv, making it the farthest strike by Hamas over serveral days of fighting.
Immediately following the target air strike that killed Jabari, the Israeli Defense Forces posted the video of the strike on YouTube as well as a warning to other Hamas operatives posted on Twitter: “We recommend that no Hamas operatives, whether low level or senior leaders, show their faces above ground in the days ahead.”
American Defense Secretary Leon Panetta has been in close contact with the Israeli Defense Minister Ehud Barak, who said on Thursday that the IFD are working surgically to eliminate Hamas’ launching capacity, and Israel will do whatever it takes to protect the more than one million Israelis, approximately one-fifth of the Israeli population, living near the Palestinian borders.
President Obama has reiterated his support of Israel’s right to self-defense, and spoke with Israeli Prime Minister Benjamin Netanyahu on Wednesday night.  The Muslim Brotherhood of Egypt called the attack by Israel “a crime that requires quick Arab and international response.”
Egypt’s ambassador to Israel was recalled from Tel Aviv, and Egyptian President Muhammed Morsi has ordered the country’s UN ambassador to call a meeting of the U.N. Security Council.
Netanyahu primarily supported Republican presidential candidate Mitt Romney in the American elections, and has lost one of his most influential allies in the region following Egyptian elections last year which set in place an Islamist government.  Rumors have surfaced that Egypt will open Rafah border, allowing Palestinians to seek refuge within the country and an exchange of Muslim Brotherhood fighters.
As of Thursday, neither side would make any suggestion as to when the fighting might end.
The region has had it’s share of fighting and political unrest in the past several years.  Syria is currently locked in a violent civil war, Jordanians are currently protesting against King Abdullah, considered one of the region’s most stable leaders, in response to high gas prices, and American security officials are keeping a close eye on nuclear development in Iran.
Share your thoughts on this article by posting a comment below.