Suffolk County Executive Steve Bellone signed an executive order Wednesday guaranteeing translation services at all county agencies within the year.  The order comes just a week after an historic presidential election in which hispanic voter turnout is credited with swaying the final outcome in favor of President Obama, and is itself being called historic by immigration advocates.

Daniel Altschuler, the coordinator of the Long Island Civic Engagement Table, a group that works to increase minority activity in politics, writing for the Americas Quarterly blog, said: 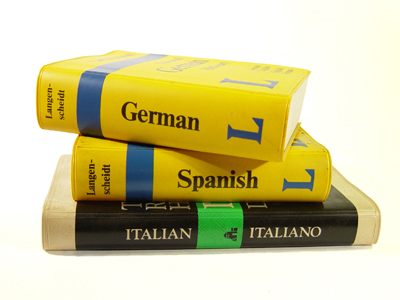 “Instead of blaming immigrants for the county’s problems, the new administration has recognized the constant struggle of [limited-English proficient, LEP] residents to communicate with government officials in police precincts, county health centers and social service agencies. These communication breakdowns produce dangerous misunderstandings that undermine public safety, public health and overall government efficiency.”
Suffolk’s LEP residents, of which there are approximately 120,000, speak a wide range of languages, including Spanish, Italian, Polish, Chinese, French, Creole, and Portuguese.  As Altschuler points out, this order is in compliance with Title Vi of the Civil Rights Act with prohibits discrimination based on language and national origin.
The program will take a year to fully implement, but even then it will be the first county in New York State to provide translation services, and one of few in the nation to do so.  Gov. Andrew Cuomo implemented a similar program within state agencies last year, which has severed as a model for Suffolk’s version.
Proponents of the new law cite it as a major shift from the xenophobic atmosphere that had dominated local and national political discourse recently.  The Wall Street Journal holds up the 2004 PBS documentary “Farmingville,” which portrays the tension between residents and day laborers as a prior standard to the approach to the immigrant community on Long Island.
The hispanic community on Long Island has grown since 2000 from 10.5 to 16.5 percent of the overall population, while the foreign-born population grew 3.1 percent.
Executive Bellone hopes that the new services will promote more participation in local government from a wider portion of the population, including encouraging non-English speakers to report more crimes and use government services, according to Suffolk’s Deputy Executive Jim Schneider.
Share your thoughts on this article by posting your comment below or by visiting our Long Island Living discussion forum.