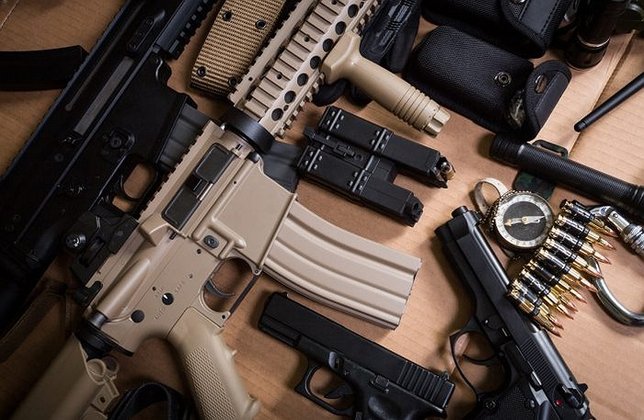 “Today’s conviction sends a clear message to gun store owners that if you don’t play by the rules, you will no longer be allowed to do business in Suffolk County,” District Attorney Sini said. “As a convicted felon, this defendant is not only facing jail time, but is barred from possessing or selling firearms ever again. We now have more than 100 assault weapons that will never make it into the wrong hands, and an illegitimate operation that has been permanently shut down thanks to the excellent work of the prosecutors and investigators on this case.”

“This is another example of a successful operation with our partners in law enforcement involving the removal of assault weapons from our community,” New York State Police Acting Troop Commander George J. Mohl said. “It sends a clear message that there is zero tolerance for this type of illegal activity, and these acts will be prosecuted to the fullest extent of the law.”

“This multi-agency investigation led to a guilty plea and ensured that former gun store owner Chester Pergan will never sell firearms again,” Suffolk County Police Commissioner Geraldine Hart said. “Thanks to the cooperative efforts of our department, New York State Police and the Suffolk County District Attorney’s Office we have ensured the forfeited weapons do not wind up in the wrong hands.”

Pergan was the owner of Chester’s Hunting & Fishing, located at 232 Ronkonkoma Avenue in Ronkonkoma. In 2018, the Suffolk County District Attorney’s Office, New York State Police and Suffolk County Police Department began an investigation into alleged illegal weapons sales occurring at the store. Pursuant to the investigation, a search warrant was executed at the store on Nov. 14, 2018, at which time Pergan was found in possession of 116 illegal assault weapons, including a loaded AK-47 found near the front counter at the store; 80 illegal knives; 88 kung fu stars; and 921 high-capacity magazines.

At the time of his arrest in November 2018, Pergan maintained a Federal Firearms License (“FFL”), which permitted him to sell rifles and shotguns; but had surrendered his New York State Dealer in Firearms License in 2015, making it illegal for him to purchase, possess or sell assault weapons. The U.S. Bureau of Alcohol, Tobacco, Firearms & Explosives revoked his FFL following his arrest.

This case is being prosecuted by Assistant District Attorney Mary Skiber, of the Enhanced Prosecution Bureau.