Trying to return to normalcy following the hurricane? Let the highlight of these entertainment opportunities going into the weekend help you out. 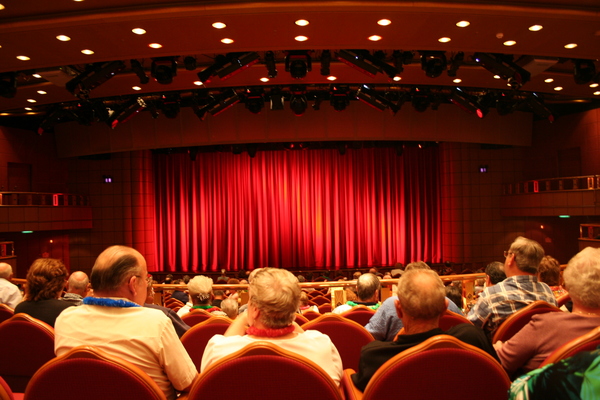 It’s been in the news over and over again – everyone’s trying to return to normalcy following the hurricane. Now with the Nor’easter adding to the impact, it may be an even greater challenge. To help you through it all, we are highlighting entertainment opportunities going into the weekend on Long Island. There are also several relief related causes you may be interested in taking part in. We highlight for you family entertainment such as Disney On Ice: Rockin’ Ever After, comedy shows, retro parties, musical performances and musical Broadway shows happening over the weekend. Check out the details below!

Who: Disney On Ice: Rockin’ Ever After At Nassau Coliseum
Info: This ice show will feature characters and music from Disney-Pixar’s latest movie hits, including Brave, Tangled, The Little Mermaid and Beauty and the Beast. It’ll be a fun outing for the kids and adults. This week, during the show, it will also accept donations of non-perishable items to the Red Cross for Hurricane Sandy relief. The show continues through November 11.
Cost: $35+
Time & Place: 7PM at Nassau Collesium, 1255 Hempstead Turnpike, Uniondale – (516) 794-9300

Who: Donation Time at Lighthouse Mission
Info: Donations are accepted on a rolling basis at Lighthouse Mission on weekdays. Considering many Long Islanders have been impacted by the hurricane and are in need of food, clothing and blankets, stop by to donate what you can or open yourself up to volunteer work. Help is even more critical now with the Nor’easter also hitting Long Island. For those in need of help, it has different distribution sites from noon to 1PM on weekdays rain or shine. It is open to all and food is distributed without any paperwork requirement.
Cost: Free
Time & Place: 9AM to 4PM for Donations at Lighthouse Mission, 1543 Montauk Highway, Bellport – (631) 758-7584

Who: Retro Party Rock With ‘The In Crowd’ At The Corner House Pub
Info: Groove to the great musical hits from the 60’s and 70’s this weekend at The Corner House Pub. Performing onsite will be ‘The In Crowd.’ Some songs it has previously performed to include “She’s Not There,” “Summer In the City,” “Stop Draggin’ My Heart Around,” “No Matter What,” “Jesus Is Just Alright,” “Vehicle” and “Down By the River.” It continues to add to its song list.
Cost: Free Event
Time & Place: 9PM to 12AM at The Corner House Pub, 1045 Tulip Avenue, Franklin Square – (516) 352-9464

Who: The Magic of Comedy and The Spirit of Vaudeville At BayWay Arts Center
Info: The night is going to start off with magician Gary Ferrar. Ferrar will perform amazing juggling, mind reading and card tricks. That act will follow with Richard Stillman, a vaudeville performer. Enjoy a great night of mixed entertainment.
Cost: $20
Time & Place: 8PM at BayWay Arts Center, 265 E. Main Street, East Islip – (631) 581-2700

Who: The Led Zeppelin Experience At Patchogue Theatre For The Performing Arts
Info: Get ready for the ultimate Led Zeppelin experience. Hammer of the Good will lead the show offering music from one of the greatest rock bands ever with selections from every album. There will also be a half-hour multi-media retrospective of the great rock band.
Cost: $30 to $55
Time & Place: 8PM at Patchogue Theatre For The Performing Arts, 71 E. Main Street, Patchogue – (631) 207-1313

Who: Shut Up, Sit Down & Eat At BayWay Arts Center
Info: Get ready for a hysterical show that combines the wit of stand-up comedy, the intensity of a one-man show and the format of an innovative off-Broadway play. The Italian plomedy is written and performed by four seasoned New York stand-up comedians - Tina Giorgi, Joe Moffa, Chris Monty and Eric Tartaglione. It is directed by Tom Ingegno.
Cost: $25
Time & Place: 2:30PM at to 3:30PM at BayWay Arts Center, 265 E. Main Street, East Islip – (631) 581-2700

Who: Hairspray at Merrick Theatre & Center For the Arts
Info: The family theatre presents its production of Hairspray, a big fat musical comedy. Hairspray originally came on the scene as a film. It made its run on Broadway and now you have the chance to experience it once more or anew. The show continues through November 18.
Cost: $20
Time & Place: 3PM at Merrick Theatre & Center For The Arts, 2222 Hewlet Avenue, Merrick – (516) 868-6400