A new steward has been appointed for the Stepping Stones Lighthouse off the tip of Kings Point. 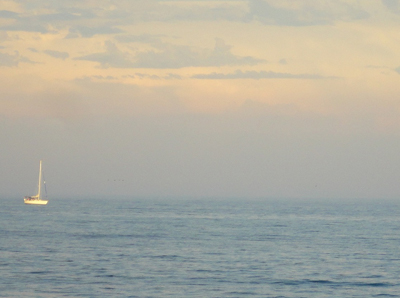 Last Thursday the U.S. General Services Agency appointed a new steward for the Stepping Stones Lighthouse off the coast of Kings Point.  Pam Setchell, the president of the Northeast Lighthouse Preservation Group Ltd. and the Huntington Lighthouse Preservation Society, will take over the preservation of the site.
Newsday reported that the GSA requested the keys to the lighthouse from North Hempstead Town Supervisor Jon Kaiman.  The town had acquired ownership of the lighthouse in 2008 as part of a larger federal program, but its ownership is being revoked because the GSA claims the town failed to appropriately care for the historic structure.
Though it was hoped the lighthouse could be fortified before Sandy struck the island, ownership will be transferred following a survey to assess the condition of the lighthouse, or any new damages.
The National Park Service began motions in August to have ownership transferred because the town had not made the lighthouse available to the public or for educational purposes.
Setchell estimates that it could cost several million dollars to fully restore the lighthouse.
Share your thoughts on this article by posting a comment below or visiting our Long Island Living discussion forum.