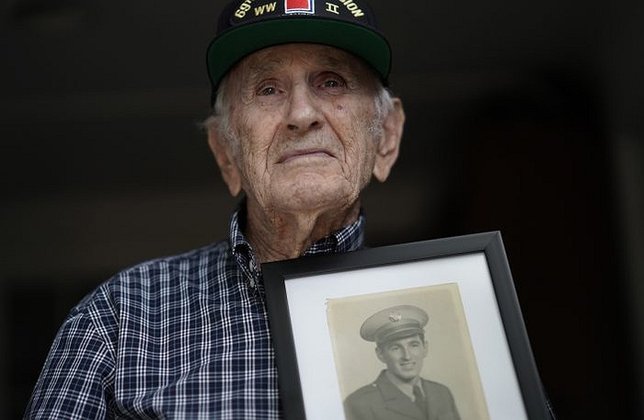 The American Airpower Museum (AAM) will host a special Veterans Day program honoring Long Island veterans on Saturday, November 7, 2020, 11:30 a.m. to 1:30 p.m. at AAM’s Hangar 3, 1230 New Highway, Farmingdale, New York. This inclusive program will honor Long Island veterans from the Greatest Generation and their successors, veterans of Korea, Vietnam and later day conflicts. The program commemorates the service performed by each honoree, showcasing how WWII veterans set high standards and passed the torch to later generations of soldiers, who met the challenge by continuing to defend America and her allies around the world.

Whether they served in the U.S. Army, Army Air Corps, the U.S. Air Force, Navy, Marines, Merchant Marines or Coast Guard, all veterans played an equal role in our victory in WWII and the Cold War. Long Island’s defense industry produced thousands of aircraft for America’s “Arsenal of Democracy.” Our veterans, aware of the risks, flew them into harm’s way in America’s battles against fascism during WWII and in Cold War conflicts against communist tyranny.

And don’t forget the role women played. They served in the Women’s Army Auxiliary Corps, in the Women’s Naval Reserve and an Army Air Corps program (WASPS) as pilots for the military, freeing up male pilots for combat. Today, women are on U.S. bases around the world, on ships at sea and as pilots of U.S. aircraft. And by the way, who can forget the contributions made stateside by millions of “Rosie the Riveters?”

After the Ceremony of Honors for the veterans, guests will gather on AAM’s tarmac to watch our meticulously maintained military aircraft as they lift off to perform precision flyovers. These exciting, family-friendly flight demonstrations are guaranteed to entertain aviation fans of all ages!