The Kings Park Board of Education recently acknowledged the donation of sixteen 61-note electronic keyboards for the Kings Park High School music program, a contribution made possible through the efforts of Students for a Saner ...

The Kings Park Board of Education recently acknowledged the donation of sixteen 61-note electronic keyboards for the Kings Park High School music program, a 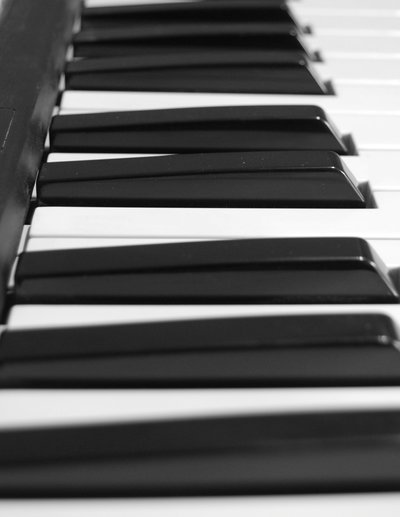 contribution made possible through the efforts of Students for a Saner World through Music and Arts.

Students for a Saner World through Music and Arts is a grassroots, student-driven, community-based organization designed to empower young people to become community leaders by creating awareness of community-related issues through taking action to address them. The organization focuses on music and the arts with the goal of raising money to purchase musical instruments for schools.

The group was founded by Eric Gordon, 18, a Kings Park High School graduate, and Roy Abrams, an independent, contractual special education teacher, who were brought together through their affinity for music.

Abrams said the benefit of turning control over to students is two-fold: students are raising money to purchase the instruments that they will eventually use, and more importantly, it gets them involved in their community at an early age.

Last year, after 27 students were forced to share 11 keyboards in Gordon’s electric piano class at Kings Park, he committed to improving that situation for future students. Gordon rallied his group and through their first fund raising efforts and the generosity of Guy Brogna, owner of All Music, Inc, a 28-year Long Island-based business, the organization acquired the new keyboards.

“…The only way that these students could effectively learn is if they each have their own keyboard. I was happy to work with Eric and keep these students playing music” said Brogna.

“Guy Brogna understood our vision and supported our goal,” said Gordon, “and we are extremely grateful to him for helping us transform our dream into reality. We look forward to working with Guy and All Music in the future!”

The group’s first fundraiser, held at Kings Park High School last April, not only enabled them to obtain the 16 electronic keyboards, but also an ELMO Projection System designated for the art program at R.J.O. Intermediate School.

The next fundraising event is scheduled for June 1, 2013 with the goal of raising $10,000 or more for the music and art programs of the Kings Park Central School District.

In the future, Students for a Saner World hopes to raise money to update technology in schools and to address environmental issues in the community. Gordon and Abrams want their efforts will serve as a model for similar groups to form in surrounding communities and eventually want their movement to grow into a permanent non-profit organization.

Individuals or organizations interested in learning more and/or getting involved may contact Eric Gordon via email at sanerworld@hotmail.com.

What do you think of this organization? Let us know on the Family & Parenting Forum!