Be sure to share one of these spooky Long Island based stories with a friend this Halloween season! 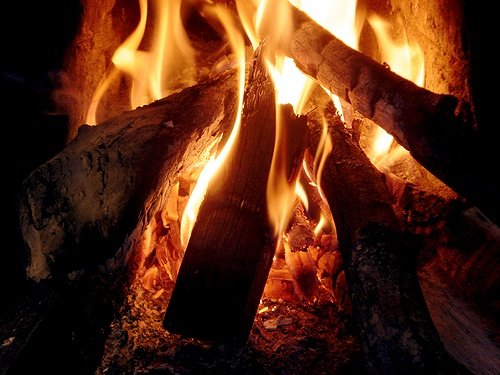 There is so much to do here on Long Island during Halloween season. You can go get a good scare at a haunted house, go trick or treating, carve up cool Jack O’ Lanterns, get all dressed up in creative costumes, and, swap spooky ghost stories. Now, most people know a good ghost story or two, but not everyone is familiar with ones directly related to our area – making them just that much scarier by proximity. Long Island is no stranger to local legends and ghost stories. Throughout the Island there are many prominent legends and stories involving places like Lake Ronkonkoma, the old Reid’s Ice Cream Factory in Blue Point, and a multitude of other locations.

Though you don’t necessarily need to gather around a bonfire while using dramatic flashlight lighting to tell some terrifying tales, but if you’d like to, now would be the time.

Lake Ronkonkoma
There are multiple legends surrounding this largest freshwater lake of Long Island. One tale tells of an Indian Princess from the 1600s that fell in love with an English settler who lived across the lake. After her father disallowed her from pursuing this romance, she killed herself. Legend goes on to say that every year since, in a desperate search for a soul mate in death, the princess takes a young male's life.

Another legend surrounding this lake involves claims that the lake is bottomless. One observation that feeds into this tale is how the water level of Lake Ronkonkoma seems to rise and fall with no relation to rainfall. Michael R. Ebert, author of “The Curse of Lake Ronkonkoma” delved into these allegations and found that, "One study showed that over 7 years in the early 1900s, the rainfall on Long Island was below the usual average by about 52 inches, yet the lake rose 7 feet."

Sweet Hollow Road
This haunted overpass in Huntington is no stranger to local legends and ghost stories. It is said that a bus full of children died here and that if you put your car in neutral they will push your car down the road, attempting to save you from harm’s way. Some folks, after putting baby powder on their bumpers, claim to have seen traces of little hand prints left by the children afterwards.

Another legend tells a tale of a few boys who hung themselves off of the overpass. Some say that you can still see spooky shadows resembling their hanging bodies in that area.

Katie’s of Smithtown
It is said that this legendary bar, located in Suffolk County, has a restless spirit named Charlie who likes to frequent the bar. As a bootlegger and bartender circa the prohibition era, this used to be one of Charlie’s old hangouts before his untimely death. Peculiar phenomena like glasses shattering, the sound of footsteps, figures floating through walls, and doors closing on their own have all been experienced here.

Reid’s Ice Cream Factory
Although the building has now been demolished, this location once was a factory used to store ice cream for Reid’s Ice Cream Corporation of Brooklyn. A couple different stories surround this abandoned locale but one of the most prevalent involves a female dancer of a local night club.

Supposedly this woman left with one of the male patrons that night and ended up at the factory. She was then murdered that night.

Claims have been made by people passing by the old warehouse in Blue Point that they have seen the figure of a woman on the property. The sounds of a woman crying and screaming have also been reported.

Another tale connected with Reid’s Ice Cream Factory is one involving a little boy who fell to his death while on the property. People have reported hearing the boy playing and strange incidents with doors opening and closing on their own have also been experienced on the property.

The story begins in the 1970s when Ronald DeFeo, Jr. shot and killed 6 members of his family while they were peacefully sleeping in their beautiful 3-story suburban home. Shortly after these heinous murders a new family moved into the Dutch Colonial.

Kathy and George Lutz, along with three children, moved into the house and almost immediately became aware of an unearthly presence in the place. The family reported green ooze coming from the walls and ceilings, scratching and thumping sounds, sightings of a demonic creature outside the house, and even the possession of Mr. Lutz himself by an evil spirit.