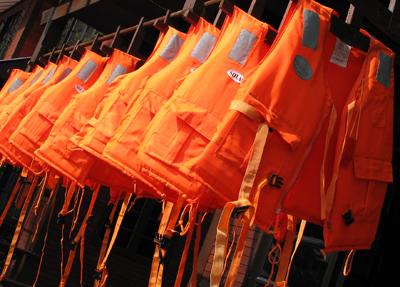 County Executive Steve Bellone signed legislation requiring all licensed boaters in Suffolk County to complete a safety course.  The legislation, introduced by County Legis. Steve Stern (D-Huntington) following several major boating accidents in the waters around Long Island this summer, is hoped to become a model for statewide, and even federal legislation.

The requirement is expected to take effect in October 2013, at which time all motorboats registered in Suffolk County will be expected to display a safety certificate.  First time violators will be fined $250, and $500 for a second offense.  Subsequent violations can carry a fine of $1,000 with up to a year in jail.
Among the most tragic boating accidents in recent years, this summer three children drowned after the yacht they were on capsized off the coast of Oyster Bay.  David Aureliano, 12, Harlie Treanor, 11, and Victoria Gaines, 7, were trapped in the cabin when the vessel capsized.  The yacht was being captained by David’s uncle, Sal Aureliano and had 27 people --10 children and 17 adults -- onboard watching a fireworks display on the crowded Long Island Sound.
Lisa Gaines, Victoria’s mother, joined Executive Bellone as he signed the bill, along with Gina Lieneck, the mother of an 11-year-old boating accident victim, Brianna, who died in a boat collision on the Great South Bay in 2005.
Anywhere from 75,000 to 100,000 registered boaters will have to take the safety course in the next year.  Legis. Stern assured boaters that there would be more than enough courses to meet the large need.  Courses are also administered by the Coast Guard Auxiliary for a small fee.
Share your thoughts on this article by posting your comment below or visiting our Long Island Living discussion forum.