Oktoberfest 2014 Has Arrived On Long Island!

Oktoberfest ist auf in Deutschland für die nächste sechzehn tage! (For the next sixteen days, Oktoberfest is going on in Germany!) 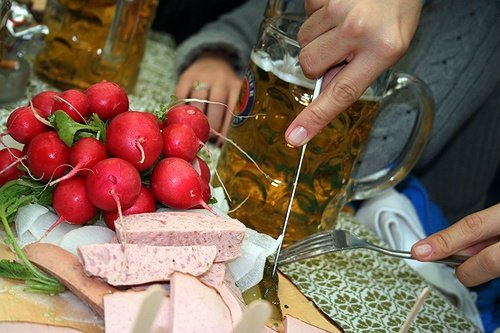 Put on your lederhosen; Oktoberfest activities are about to begin on Long Island! For sixteen days each year, Munich, Bavaria, Germany hosts the world's largest funfair, attracting over six million people for the annual celebrations. The history of Oktoberfest dates back to October 12, 1810, with the marriage of Crown Prince Ludwig to Princess Therese of Sax-Hildburghausen. The royal event was celebrated with horse races, parades, and various activities, which have all become traditions in Munich for the past two centuries.

With everybody seemingly flocking to Munich, Bavaria, Germany for Oktoberfest, it may appear that Long Island is being left behind on the entertainment. Thankfully, however, Long Islanders have plenty of options for participating in the festivities without ever having to leave the Island.

Though the festival has become synonymous with beer drinking and partying, there is far more depth and culture to the festivities than may be assumed. With traditional music, clothing, and dances being featured at many Oktoberfest celebrations, there are fun activities for all ages to participate in.

Know of any other local Oktoberfest activities?
Let Us Know In The Comments Below!