Movie Roundup: Box Office Sees New Titles on Top with ‘No Good Deed’ and ‘Dolphin Tale 2’ after ‘Guardians of the Galaxy’ Reigned for Several Weeks 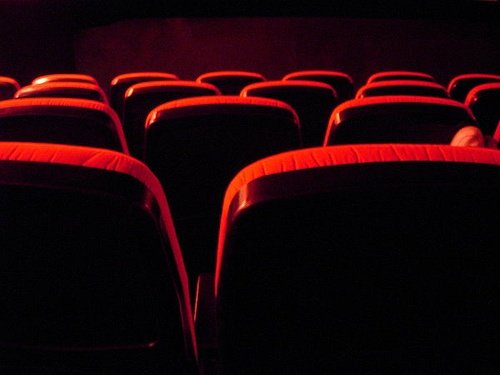 ‘No Good Deed,’ a thriller about a home invasion that terrorizes a mother and her family, took in $24.5 million. This is a fairly good profit considering the film cost $13 million to produce.

Running up next at the weekend box office was the sequel ‘Dolphin Tale 2.’ It took in $16.6 million, but that was not enough to beat out the $19.2 million debut for its 2011 predecessor.

And even as ‘Guardians of the Galaxy’ let go of the top spot at the box office this weekend, it still managed to pull in another $8 million to make its total gross $305.9 million.

While there was improvement this weekend at the box office compared to last weekend, it was still a relatively quiet weekend.

We’ll have to see how the movie box office plays out for this coming weekend with more new releases!

For those looking for a mystery, sci-fi thriller:

Stars: Jason Bateman, Tina Fey, Jane Fonda, Adam Driver
After their father passes away, four grown siblings are forces to return to their childhood home and live under the same roof for a week. Not a problem, unless it with an over-sharing mother and an assortment of spouses, exes and might-have beens.

For those looking for an action, crime mystery: