Ahoy, Me Hearties! Talk Like A Pirate Day is September 19th!

Weigh anchor and hoist the mizzen! International Talk Like a Pirate Day is once again upon us, savvy? With this in mind, let's do a quick refresher on all things pirate to prepare! 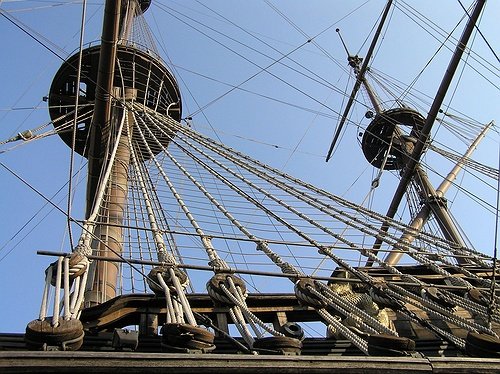 With International Talk Like a Pirate Day arriving this Friday, the time has never been better to dust off the old pirate boots and immerse yourself in a world of grand adventures and lost treasures. The history of the holiday can be traced back to June of 1995, in which John Baur (Ol' Chumbucket) and Mark Summers (Cap'n Slappy) were engaged in a fierce racquetball game. After one of the gentlemen was injured and shouted “Aaarr!”, the inspiration for the holiday was immediately discovered. It wasn't until 2002, however, when Ol' Chumbucket and Cap'n Slappy wrote to humor columnist Dave Barry, that the holiday was promoted and began gaining traction.

As for Long Island's history with piracy, one of the most legendary pirates of the piracy era, Captain William Kidd, made regular stops to the area. A Scottish pirate that lived during the 17th century, Kidd supposedly buried a large portion of his treasure on Gardiners Island. He was also known to have made trips to Block Island and other areas on Long Island, before finally being arrested and imprisoned in July of 1699 on piracy charges in Boston.

Thankfully, to aid in preparation for this unique holiday, John Baur and Mark Summers' website, TalkLikeaPirateDay.com, features a list of essential pirate phrases:

Feel like getting into the pirate spirit with a movie? Check out the following list of treasure-hunting and pirate-adventure flicks!


Know of any other great pirate lingo, events, or local deals for the holiday?
Let Us Know In The Comments Below!