Oceanside Park to be Renamed in 9/11 Hero’s Memory 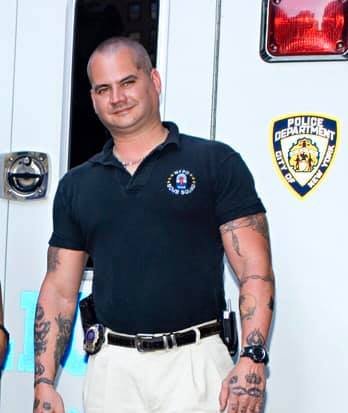 Luis G. Alvarez, the retired NYPD Bomb Squad Detective, a leading champion of the 9/11 victims compensation fund who was accompanied by “Daily Show” host John Stewart as he passionately pleaded before Congress to extend 9/11 first responder benefits, died of cancer in June. This week, Nassau County Executive Laura Curran announced that she filed a resolution to change the name of Terrell Avenue Park in Oceanside to Detective Luis G. Alvarez Memorial Park.

Weeks before the Oceanside resident died from cancer that he had contracted years after working at Ground Zero, he could be seen before a House Judiciary subcommittee asking members to replenish the September 11th Victim Compensation Fund.

He left behind a wife and three sons.

“This park will serve as a symbol and reminder of his sacrifice and unwavering fight for 9/11 first responders,” Curran said in a statement. “We hope his family, friends and the community will enjoy this tranquil neighborhood space dedicated in his honor.”

In the same statement the Alvarez family said that there continues to be an overwhelming outpouring of love and respect for the NYPD detective and his mission.

“Lou was a very strong man and protector of family, friends and strangers,” the statement read. “However, equally as important was the time he had to himself to quietly think and reflect. To have this beautiful meditation and reflection park in his hometown of Oceanside for adults and children to enjoy, is truly an honor to the legacy of Luis Alvarez as well as the entire Alvarez Family.”

When Alvarez’ passing was announced the family reminded people of his words to “please take care of yourselves and each other.”