A Look At Long Island’s Growing Feral Cat Epidemic; What Can Be Done?

A look at the thousands of cats living in the wild on Long Island, and what is needed to help with this serious problem. 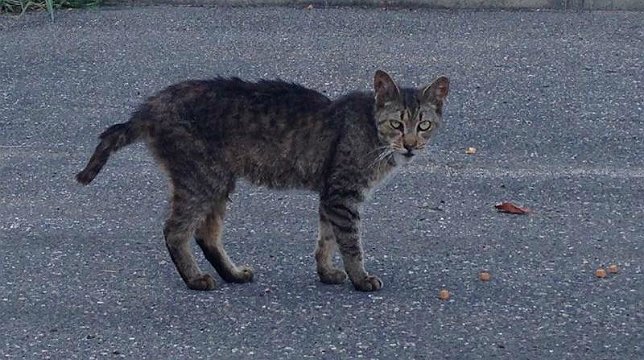 It also has cats. A lot of cats.

We’re not talking about tubby, well-fed tabby cats languishing in comfortable, air-conditioned houses, but a massive and growing population of felines who call the Long Island outdoors their home. You may see them sometimes, wandering in back of shopping centers or in wooded areas, searching for a bite to eat, and often darting away at the first sign of human contact. 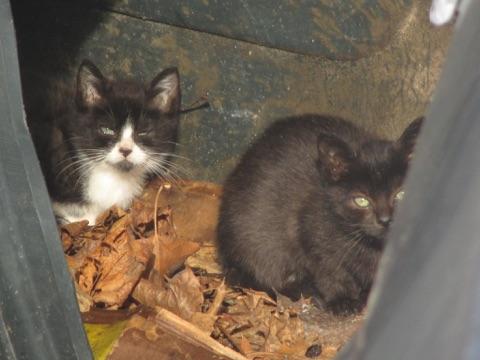 The feral cat issue facing Long Island has continued to grow over the years; its beginnings are unknown, but the reality – that there are literally thousands of wild cats living in woods, industrial areas, and even backyards all over Nassau and Suffolk Counties – is only being addressed by a small handful of dedicated volunteers who are hopelessly struggling to make even a noticeable dent in the problem. 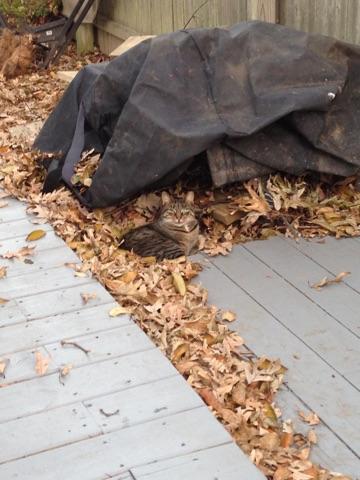 Jenny Luca of Lindenhurst has been involved in the feral cat trap and release movement for the past seven years, and said her motivation for doing so started as a result of a chance encounter while she was driving home from work one day.

“I passed a house while driving that had kittens on the front lawn, and I didn't think it was normal. Little did I know, but it was VERY normal... apparently that property had about 20 feral cats living there,” she said. “I took those kittens home, raised and had them spayed and neutered, and eventually got them adopted. However, about five months later the people at that same house called me and told me that there was another litter on the property. I knew I couldn't keep taking in litters of kittens, so I started doing research online to find out what can be done, and that's where I found out about trap and release and how it can help control and reduce feral cat populations.” 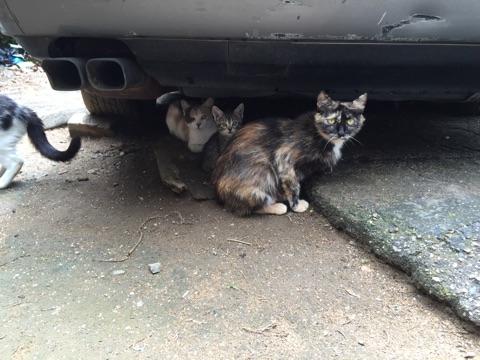 After researching the subject exhaustively, Luca rented a humane trap – essentially a small cage using food as bait – and set about capturing feral cats in her neighborhood, having them spayed and neutered – eliminating their reproductive abilities – and released back into the wild. And she did this by paying for it all out of her very own pocket. 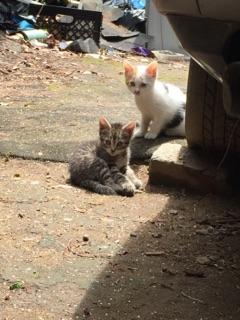 Roy Gross, Chief of the Suffolk County Society for the Prevention of Cruelty to Animals (SPCA), said that feral cats on Long Island are quickly becoming a very widespread problem caused by a number of varied factors; while an inconvenience or annoyance to many residents, in the end, he said, it’s the cats who are the ones who are truly suffering.

“There are people out there who have local cat colonies, as they're called, who are feeding them and trying to do the right thing by caring for all these unwanted animals, but the problem that we find over the years is that we have some sadistic people who will know where these colonies are and in some cases they will torture kill and poison these animals,” he said. “Also, municipal shelters will not take these cats, because an adult feral cat would be next to impossible to get adopted. The only chance is to capture kittens that are not totally feral yet, and they can be raised or adopted. The only way to control the feral cat population is through a comprehensive, low-cost spay and neuter program to ensure that they don’t keep reproducing. The SPCA has a hospital truck near our office in Hauppauge where we do some of that, and there are volunteers who take this upon themselves as well, but it’s not close to being enough.” 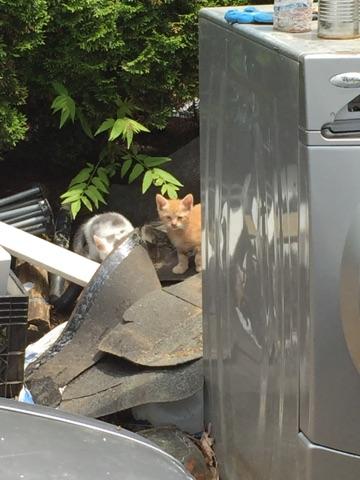 Aside from a lack of spay and neuter programs, Gross spoke about another contributing factor to Long Island's massive feral cat population- the fact that many cat shelters and adoption centers are full to capacity with animals, leading to some individuals who no longer wish to have a pet to stoop to other options to get rid of them.

“Many shelters will not take cats these days, so what people do is they illegally abandon their cats in areas such as beaches, parks, even the side of the road,” he said. “That is illegal, and something that the Suffolk SPCA will investigate and prosecute. It is criminal to abandon an animal. Killing and torturing an animal is obviously illegal, but abandoning a cat or a dog or any other animal is a crime as well.” 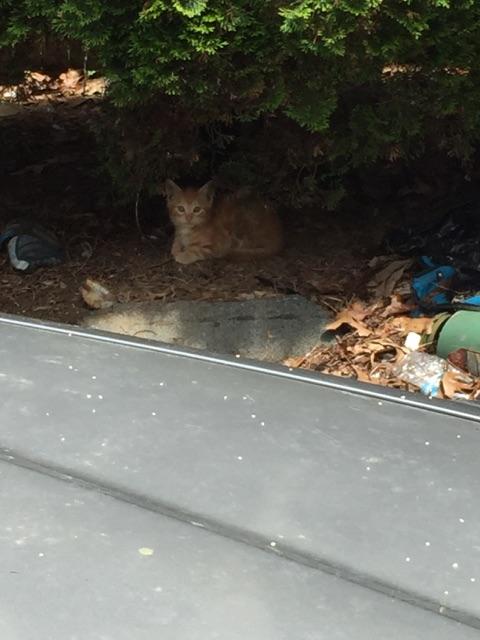 While fighting the good fight, Luca quickly discovered that the feral cat problem facing Long Island was far more than she could ever handle on her own, and set about to find an organization to assist her with her efforts. That was when she discovered All About Spay and Neuter (AASN) of Massapequa, a non-profit, volunteer-driven animal rescue shelter located since October of 2013 at 4209 Merrick Road.

“We trap wild, feral cats, spay or neuter them, and return them to their colonies to help control the local population,” said AASN owner Jonanne Monez. “Along the way, we find friendly adult cats and kittens on the street – including ones with special needs – and we socialize them and eventually put them up for adoption.” 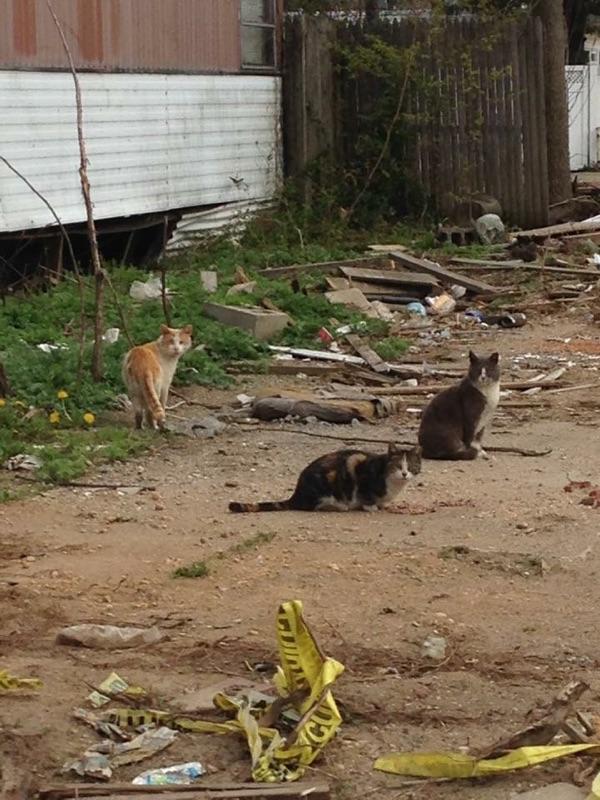 “I first encountered AASN when one of the kittens I couldn't catch had been hit by a car,” Luca said. “I spoke to Joanne and asked her what to do and she told me to bring the kitten in so they could help it. From there, I started volunteering at the shelter, and started trapping for them going forward.” 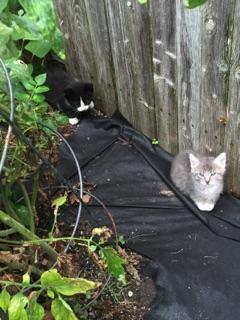 The entire process of trap and release is both simple and yet complex at the same time. Once a colony has been identified, the trap and release volunteers instruct locals who may have been feeding the feral cats out of kindness to temporarily cease doing so; this way, animals who have been used to being fed will now be hungry and more likely to enter the traps. Once caught, the cats are cleaned and fed for several days before their surgical spaying or neutering; after a recovery period, the cats are de-wormed, given several vaccinations for ailments such as rabies and distemper, and are finally released back into the wild with a small notch cut into their ear to designate their successful treatment to others. 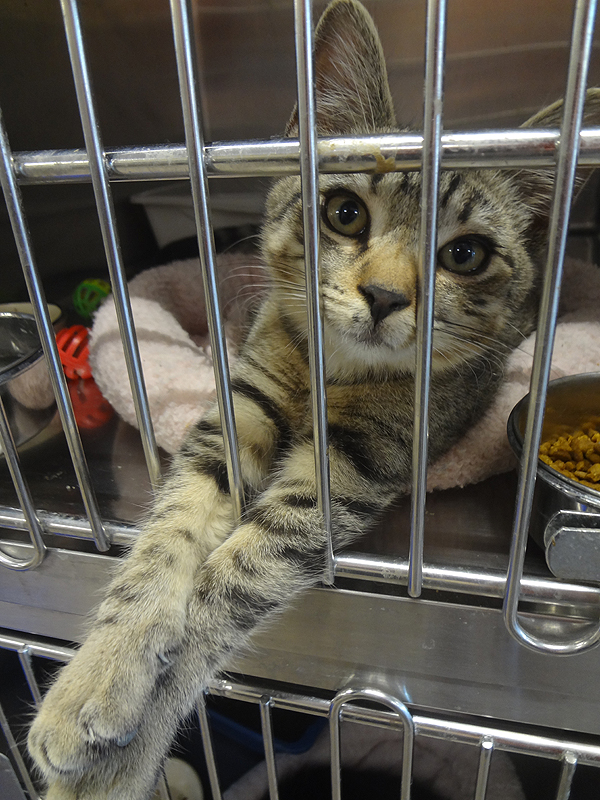 “That's the best part of the entire process,” Luca said. “When the cat has recovered and you go back to the colony where you caught them and release them…once you release them and they’re finally free, they'll stop, turn around, and I swear they say ‘thank you.’ It makes it all worth it.”

While it's hard to put an actual number on the amount of feral cats on Long Island, Luca said that it would be fair to say that there are literally thousands of them as of now. 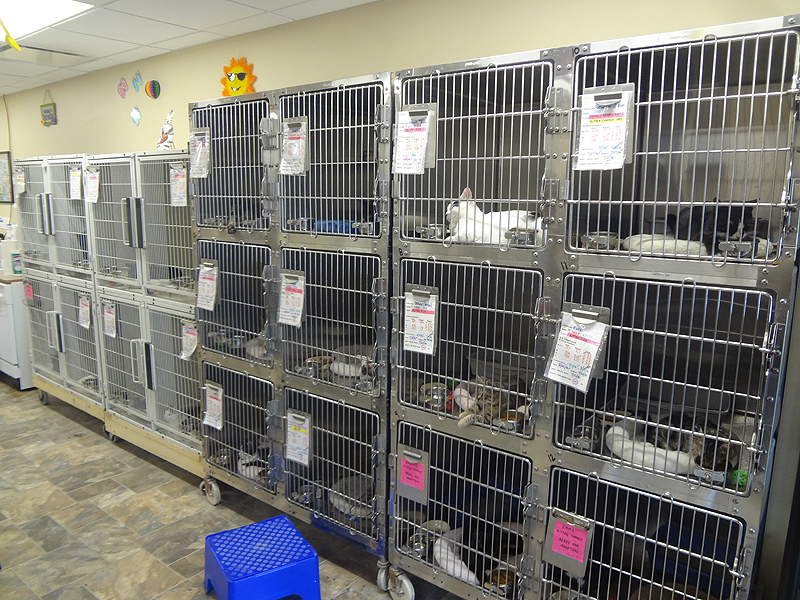 Cats at a vet.

“Let's put it this way...there are cats on every single block on Long Island. That's not an exaggeration,” she said. “A contributing factor to this problem is that there are not enough spay and neuter programs, not enough people doing trap and release, and not enough people being proactive in their own backyards.”

Roy Gross of the Suffolk SPCA echoes this sentiment, noting that while there are many volunteers putting countless hours into trap and release, it’s just not enough to keep up with the demand. In addition, there simply isn’t enough support from official government sources to truly make a difference; in the meantime, these cats are not only living in unfortunate conditions, but also creating hazards for humans as well, he said. 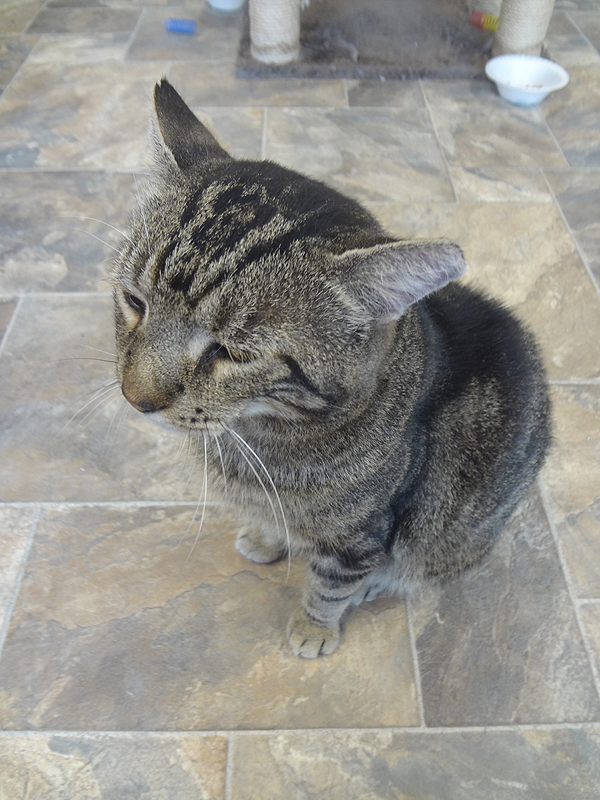 A cat standing on the floor.

“There's so many of these cats out there, and they're reproducing so fast, and a lot of people are annoyed by the smell because they often spray to mark their territory, but the fact is that these cats can also spread disease. In addition, a lot of these cats are being released in areas like beaches are killing a lot of the wildlife indigenous to that area to survive,” he said. “How to solve it? We're nipping at it, basically…we need the government to step up to the plate and put some money up for a major, countywide spay and neuter program. In the meantime, there are a lot of organizations out there that spay or neuter them feral cats and then release them back into the wild where they can live the rest of their natural life...which, unfortunately, isn't very long, as the average life of a feral cat is only about one and a half years. But by spaying and neutering them, at least it helps the problem of overpopulation.”

For those looking to assist with the issue, Luca notes that the best thing that anyone can do is get out of their comfort zone and volunteer their time and effort to help combat this very real problem facing all of Long Island. 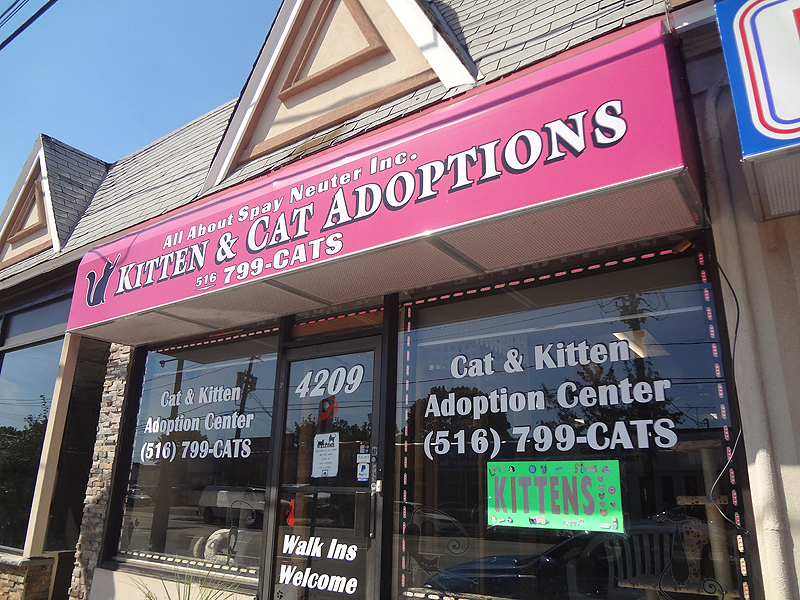 All About Spay & Neuter Adoption Center.

“The simple answer is that there aren't enough people doing it, and we can't do it alone,” she said. “There a lot of people who seek help with feral cat issues, but they aren't willing to get involved. They spend a lot of time making phone calls to get help with the issue, but that time could be used getting out there and making a difference. It's very important that people take the initiative and making sure the cats in their backyard are spayed and neutered, otherwise they're only allowing suffering in the end.”